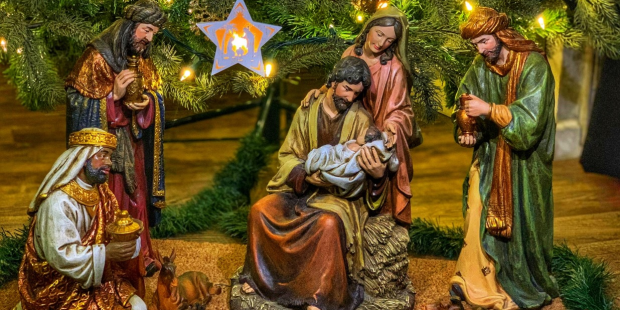 The Christmas artwork depicts “the tender image of fatherhood.”

To get ready for the 2019 Christmas season, Vatican Radio held an open contest for Nativity scenes of original design. This year, the winners are “the Calderón Cruz” family, from Texas, who put together a beautiful scene, where Joseph holds up the infant Jesus and looks down at him adoringly.

The contest was held through the Spanish edition of Vatican Radio, which praised the “Calderon Cruz” family for their depiction of “the tenderness of marriage,” which Pope Francis spoke about in his general audience, on December 18. In a Facebook post, Vatican Radio explained that they were especially taken by the work because it, “[demonstrated] the tender image of fatherhood and love in the family.”

While they did not post any photos of the other entries, it is clear why this Nativity would be the cream of the crop. The models are beautifully designed and the paint work is accomplished with a professional-grade hand. It is also striking to see Joseph holding baby Jesus with Mary standing behind them, as the holy parents are often depicted in opposite placement.

Vatican Radio did not mention any prize for the winners, but they expressed their gratitude for all who took part in the competiton.