7 Boxing Day traditions from around the world to adopt

December 26 is a significant day among many European and Commonwealth countries with some great traditions.

If you’re feeling slightly frazzled after Christmas Day you might want to look into what other countries do on December 26, or as is more commonly known in the Commonwealth, Boxing Day. It’s a notable day that not only warrants a public holiday but helps to maintain the Christmas spirit by emphasizing family time.

The origin of Boxing Day goes back to the United Kingdom, when servants were offered a box from their employers as a way of thanking them for their service. Along with the gift, they’d also receive the day off from work, which would give them the opportunity to see their own families and give them gifts. It was also a time when offerings made to the Church throughout the year would be distributed among the poor.

So to bring some of this time-honored holiday to your own home this season, click on the slideshow … 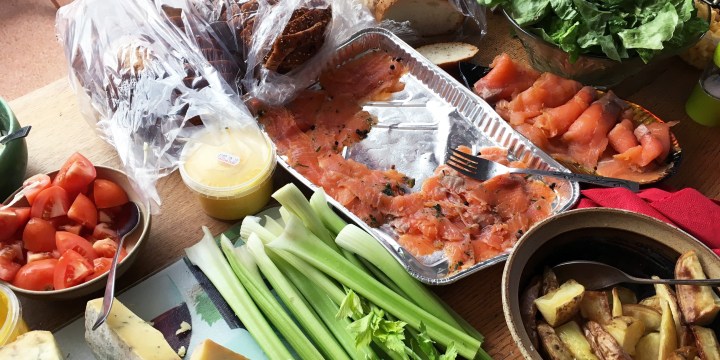 Read more:
Why is the day after Christmas called Boxing Day?

Read more:
5 Things you should do between Christmas and New Year’s

Prayer for this evening
Top 10
1
J-P Mauro
Hear Clapton and Pavarotti sing a prayer to the “Holy Mothe...
2
Meg Hunter-Kilmer
Saints to help if Mother’s Day is hard
3
J-P Mauro
Philippines finishes construction of largest Marian statue in the...
4
Zoe Romanowsky
Moving 1-minute film about motherhood will touch your heart
5
Sarah Robsdottir
Dad’s priceless reaction to newborn goes viral
6
Philip Kosloski
3 Signs of a spiritual attack on your soul
7
I.Media for Aleteia
These 30 shrines will lead the Rosary Relay for end of the pandem...
See More
Newsletter
Get Aleteia delivered to your inbox. Subscribe here.