Widowed with 11 children, she began taking in unwed pregnant girls: Meet Sister Marie of the Nativity 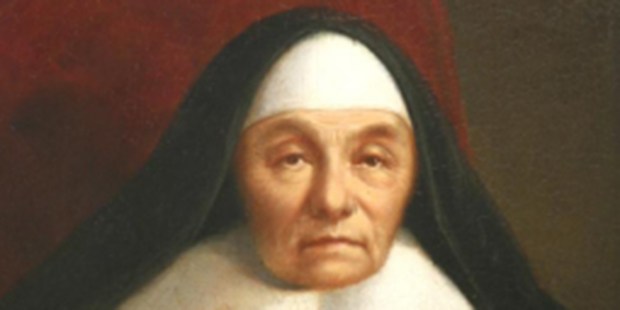 During an era when unwed mothers were rejected by society, she took them into her home.

Rosalie Cadron was born on January 27, 1794, in Quebec, Canada. She was the oldest of two daughters born to a farmer by the name of Antoine Cadron and his wife, Rosalie Roy, who was a midwife in their town. Shortly after her birth, Rosalie was baptized in the local church. She would receive her First Holy Communion when she 12.

Rosalie’s early life consisted mostly of work. She attended a boarding convent that was nearby, but was so lonely there that she returned home after only two weeks. She didn’t learn to read until later in life and never was taught how to write. Instead, she was instructed in housekeeping, sewing, and craftwork, and worked at the farm and in her home.

When Rosalie was 17, she married Jean-Marie Jette. They had 11 children, some of whom died very young. They moved to Montreal and settled there in 1827. Sadly, in 1832, Jean-Marie died from cholera.

Despite her full hands, Rosalie began looking after unwed mothers, even though at the time, unwed mothers and those that helped and associated with them were despised and most of the citizenry viewed them with contempt.

Rosalie helped these young moms quietly in her home for the next five years. She wanted to respect all people, no matter their station or plight in life.

When Bishop Ignace Bourget heard about the Catholic widow who was reaching out to the unwed mothers in his diocese, he met her, talked to her, and became her spiritual director. Now it was time to seek her help.

Bishop Bourget was aware of the rapidly growing population of Montreal and the growing need to help the unwed mothers who were held in such contempt by the society of the day. He believed that the church was called to reach out to all, and thought maybe it was time to create new religious communities that could meet the unique needs of society.

Rosalie Cadron-Jette was foremost in the bishop’s mind as the woman to approach with his plan. He thought she was the perfect choice to begin the task of leading women who would be devoted to extending the temporal and spiritual works of mercy to the unwed mothers in the diocese and beyond.

Starting in 1840, he began to seek out Rosalie’s help in caring for unmarried mothers who had come to him for help, often in the confessional. Since their “sin” was socially repugnant and placed the women in danger of even physical harm, the bishop wanted a “kind and prayerful woman” to take charge of this work.

Between 1840 and 1845, Rosalie helped 25 women during their pregnancy, childbirth, and recovery. After each birth, Rosalie would take the mom and the newborn to Montreal’s Notre Dame Church and stand as godmother as the child was baptized.

On May 1, 1845, with the support of Bishop Bourget, Rosalie Jette and one of the women she had helped moved into a small house given to them by one of Bishop Bourget’s supporters. It was the start of a new religious community. The fledgling community grew and on January 16, 1848, the founder, Rosalie Cadron-Jette, and her followers took their vows before Bishop Bourget.  From that time on Rosalie would be known as Sister Marie of the Nativity.

Sister Marie of the Nativity refused to accept any position of authority in the new order. However, working in the background, she shared in all the activities of the order, which was called the Congregation of the Sisters of Mercy aka Misericordia Sisters. The Misericordia Sisters took the traditional vows of chastity, poverty, and obedience and also took a fourth vow, that (in the phrasing of the time) “they would assist in their labor fallen girls and women.”

Sister Marie of the Nativity passed away on April 5, 1864. Bishop Ignace Bourget had administered Last Rites a few hours earlier on April 4. Pope Francis has declared Sister Marie a woman of “heroic virtue,” so she is recognized as Venerable.

The Misericordia Sisters are still active in several countries around the world, including the United States and Canada.

Venerable Marie of the Nativity, pray for us.