Exclusive Photos: Brooklyn celebrates the Feast of the Epiphany with the Three Kings Parade

Witness the joy-filled festivities of the community of Williamsburg.

Brooklyn, one of the five boroughs of New York City is home to some of the most festive celebrations of Catholicism in the city. The Giglio Festival in Williamsburg is celebrated in honor of Our Lady of Mt. Carmel and St. Paolino di Nola, and features a seven-foot-tall, two-ton tower which is paraded through the streets of Williamsburg. The St. Patrick’s Day Parade takes place at the South Slope. And then, of course, there’s the Three Kings Parade which celebrates the Feast of the Epiphany and the arrival of the Three Wise Men at the birthplace of Jesus, which brings the Christmas season to a close. 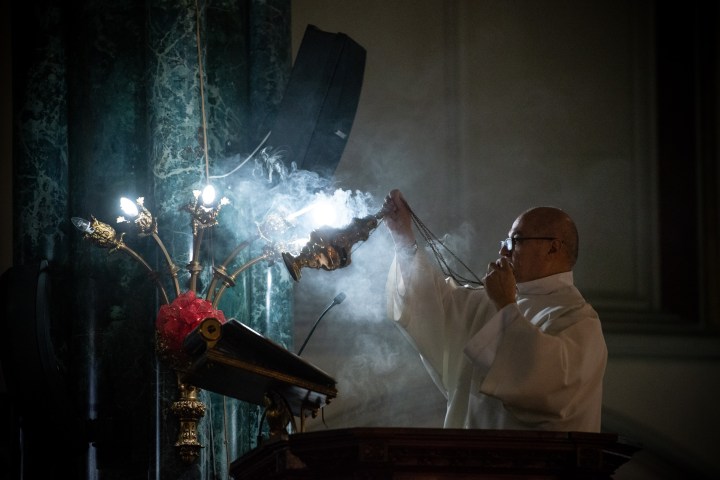 The events of the day begin at All Saints’ Church with a Mass which is celebrated in Spanish for the enormous congregation. At its conclusion three people dressed in Royal Regalia humbly process up the main aisle to the Nativity scene just to the right of the altar where they lay gifts at the foot of the manger in homage to the newborn King.

Shortly after Mass the entire community descends on Graham Avenue, a.k.a. Avenue of Puerto Rico, for a parade in honor of the great feast in which several of the local schools, organizations and parishioners dressed in traditional ethnic attire are led by the NYPD marching band through the streets of the Williamsburg section of Brooklyn for a traffic-stopping  and joy-filled event.

The event, now in its 23rd year, was originally started to rally the local community in a celebration of faith and culture — something Brooklyn still takes seriously.

New York, for all its tough talk and bravado, is still a place of great unity and faith in spite of the headlines. The proof is plain to see for all who care to look. Happy Feast of the Epiphany!