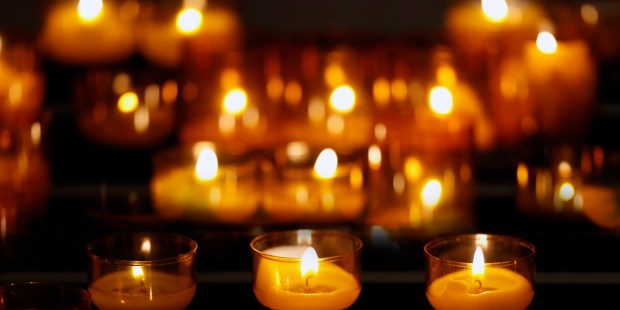 Africa bears the greatest burden for second year in a row.

Twenty-nine missionaries were killed throughout the world in 2019, according to Fides, the information service of the Vatican’s Pontifical Mission Societies. Most of those killed were priests.

Fides said in an article December 30 that it uses the word “missionary” to mean any baptized Catholic who is engaged in the life of the Church. It said that the 29 who died in a violent way last year included 18 priests, one permanent deacon, two religious men, two religious women, and six lay people.

“We use the term ‘missionary’ for all the baptized, aware that ‘in virtue of their Baptism, all the members of the People of God have become missionary disciples. All the baptized, whatever their position in the Church or their level of instruction in the faith, are agents of evangelization,'” Fides said, quoting Evangelii Gaudium, Pope Francis’ apostolic exhortation on the proclamation of the Gospel in today’s world. “As it has been for some time, the annual list of Fides does not look only to missionaries ad gentes in the strict sense, but tries to record all the baptized engaged in the life of the Church who died in a violent way, not only ‘in hatred of the faith.’”

Many missionaries lost their lives during attempted “ferocious” hold-ups and robberies “in impoverished, degraded social contexts, where violence is the rule of life, the authority of the state was lacking or weakened by corruption and compromises,” Fides said. “These murders are therefore not a direct expression of hatred of faith, but of a desire for ‘social destabilization.'”

“The priest and parish communities promote security, education, health services, the human rights of migrants, women and children,” the director of the Catholic Multimedia Center (CCM), Fr. Omar Sotelo Aguilar, SSP, is quoted in the report. The local Church is, in fact, “a reality that helps people, in direct competition with organized crime,” which knows that eliminating a priest is much more than eliminating a person, because it destabilizes an entire community. This is how “a culture of terror and silence is established, which is important for the growth of corruption and, therefore, to allow cartels to work freely.”

Fides explained that it prefers not to use the term “martyr,” even though it means someone who gives his life as a “witness” to the faith, because the term might prejudice the judgment of the Church, which might eventually declare a particular murdered missionary a saint.

The report also noted it was the second year in a row that Africa gave the Church the highest number of murdered missionaries.

However, there seems to be a “globalization of violence,” Fides said. “While in the past the missionaries killed were mostly concentrated in a nation, or in a geographical area, in 2019 the phenomenon appears more generalized and widespread.”

The Tablet noted that except for 1994, the year of the Rwandan genocide, when 248 Catholic missionaries died, “last year saw the second highest toll in three decades. Last year, the total was 40 and the year before, 13.”