Dispute holds up construction of India’s largest statue of Jesus 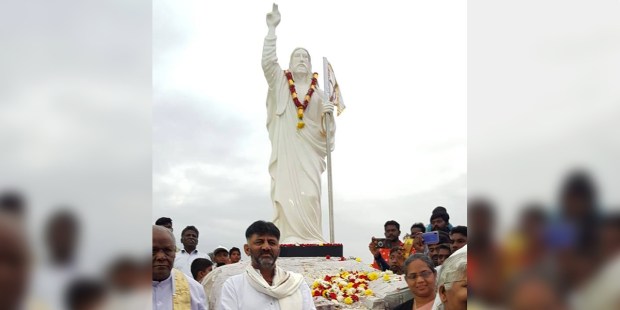 Christians in India planning to build a massive statue of Jesus have run into opposition from Hindu nationalists.

The government of the southern state of Karnataka, controlled by the Hindu nationalist Bharatiya Janata Party (BJP) has asked for the suspension of construction until ownership of the land where the statue is proposed has been established by a government inquiry. Critics say that Kapalabetta hilltop, site of the planned monument, is sacred to a local Hindu deity, Kapali Betta. They accuse politician DK Shivakumar, who funded the project and donated the land, of using the statue to proselytize.

Not so, says Fr. Cyril Victor Joseph, who says the land has been used by the Church for decades, and that the proposed statue is simply a replacement of an existing cross.

The Tablet puts the size of the Jesus statue in perspective: