The murder of St. Thomas Becket: The British Museum marks its 850th anniversary

King Henry II atoned for the sin by walking three miles with bloodied feet to Canterbury Cathedral, where Becket had been murdered.

The British Museum is making this the year of St. Thomas Becket. It’s unusual to celebrate an 850th anniversary with such enthusiasm, but Becket deserves it. Perhaps he also deserves to be called “Saint” rather than just “Thomas Becket.”

The memory of medieval England’s most famous saint was cast into the wilderness almost four centuries ago, when Henry VIII targeted sites of cultural importance to Catholicism. In 1538 the king ordered the destruction of the saint’s tomb in Canterbury Cathedral, centuries after his predecessor and namesake, King Henry II, had ordered the destruction of Becket himself. Or did he? 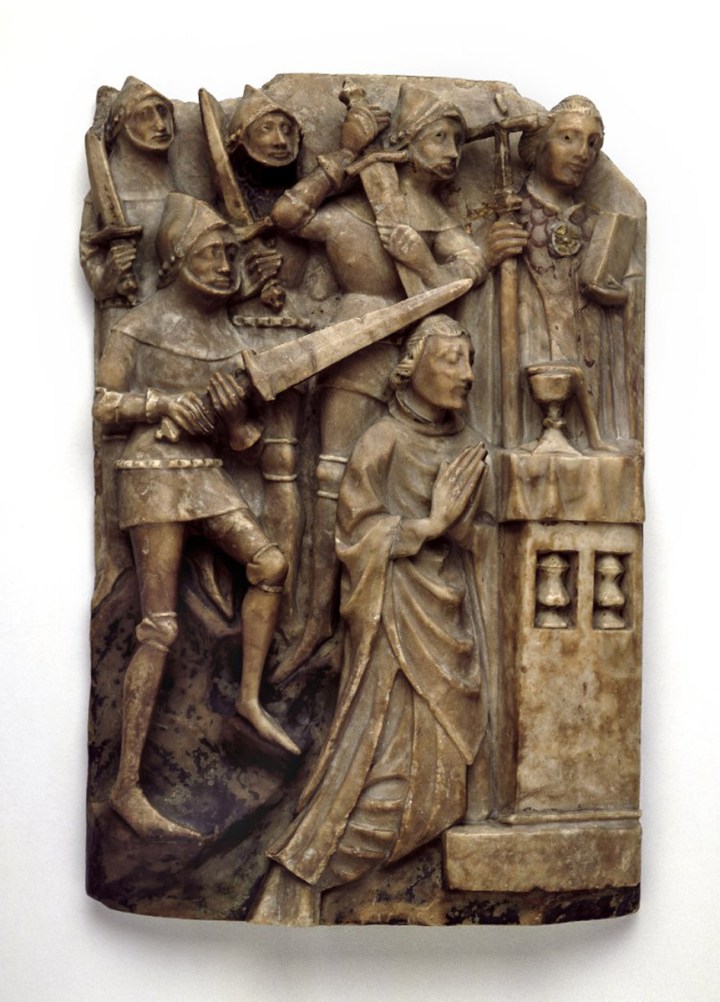 Since Becket’s death in 1170 there has been debate over whether the earlier King Henry gave the order. What did the king mean when he supposedly uttered the words: “Will no one rid me of this turbulent priest?” The British Museum is going to put the record straight, or at least sort out some of the confusion. They get going with the unfortunate use of the word “murder,” which is an echo of the American poet T.S. Eliot’s much-loved drama about the death of Becket, Murder in the Cathedral.

Moving beyond the question of whether this was really manslaughter or perhaps accidental death, the exhibition will show how important the Church once was. We will be transported back in time to an era in which an archbishop could also be the top administrator in a kingdom as well being the king’s good friend.

Henry II seems to have suffered genuine remorse that his words were probably misinterpreted by the four knights who rushed off to do the killing. What is little remarked on is that the king was in France at the time. Since the Norman invasion of 1066, the new dynasty of rulers had preferred to stay in their small, civilized duchy on the Continent than in their huge new kingdom of England. Henry II knew how to speak English but apparently could never bring himself to do so.

This didn’t stop the English Archbishop of Canterbury from being counted among the top clergyman in Europe. Becket was, himself, a second-generation immigrant from France but was happy speaking the English language. By combining his clerical role with his most senior civil service position as Chancellor, Becket was directly in the line of fire. He had been in exile but his killing was entirely unexpected. The whole of Europe was scandalized that a head of state could order the assassination of a head of the Church. Worse still, the atrocity happened in the sacred space of a cathedral – in front of the altar.

Canterbury has been the chief diocese of England since Christianity became an official religion in England in 597. It remains the senior bishopric for the Church of England. Becket lived long before anyone thought there could be a split with Rome. England was a devoted part of the Roman Catholic world. Becket sided with the way of God over the way of autocratic rulers.

More is known about the archbishop’s death than his life. He was not a priest at all until he became England’s top cleric. From that point onward his behavior changed, although it was not as saintly as would be expected today. He seems to have been transformed by the new job, favoring lice-infested horsehair shirts over silk. He decided to be the best churchman he could. This meant conflict with his friend, the king who had procured the new position for him. Ultimately, it led to such frustration on the ruler’s part that death became the outcome.

In some ways, Henry II is a more complicated and fascinating figure than his victim. Instead of ending up a revered martyr, like Becket, he had to do public penance for his sins. This consisted of walking three miles with bloodied feet to Canterbury Cathedral. The disrobed king then had to beg God for forgiveness on the tomb of his dead friend while being caned and whipped by an assortment of bishops and monks.

Becket’s saintly remains were scattered during the Protestant Reformation, after being the most popular pilgrimage site in England and attracting visitors from all corners of Europe. For his repentant friend, Henry II, death provided an ending that was different but in some ways similar. There were few pilgrims to Fontevraud Abbey in France, where he was buried with the bodies or sometimes just the hearts of other English kings. Their remains were destroyed and scattered during the French Revolution and their abbey burial place became a prison until 1963. Canterbury Cathedral, on the other hand, is still a prime pilgrimage site, and is likely to be even more so in this year of St. Thomas Becket. There is almost nothing left of St. Thomas Becket, but the Vatican has saved the day by promising to send the blood-stained tunic in which he was slain.

The Thomas Becket exhibition at the British Museum is opening in October of 2020.