This mystic and Doctor of the Church has endless wisdom.

Teresa was a Carmelite who set out to reform her order, enacting changes that eventually led to the formation of the Discalced Carmelites.

She is best known for her teaching on prayer and mysticism, spelled out in The Interior Castle and The Way of Perfection. She is also known for being a strong character, with a sharp sense of humor.

Astronomers in the Middle Ages realized that the calendar was off by 10 days. So by the papal bull Inter gravissimas, Pope Gregory XIII instituted the new calendar and declared that the day after October 4, 1582, would be October 15, 1582. October 5 through October 14 never happened. Teresa passed away some time in the evening of October 4, 1582—however, the exact time is not known. Thus, a difference of a few minutes would have determined whether St. Teresa died on October 4 or October 15.

The plant known as a Christmas cactus is called in Teresa’s native Spain “Teresa’s pen,” in honor of her momentous contribution to Spanish literature and culture. Certain strains of the cactus have stems that resemble a quill pen. 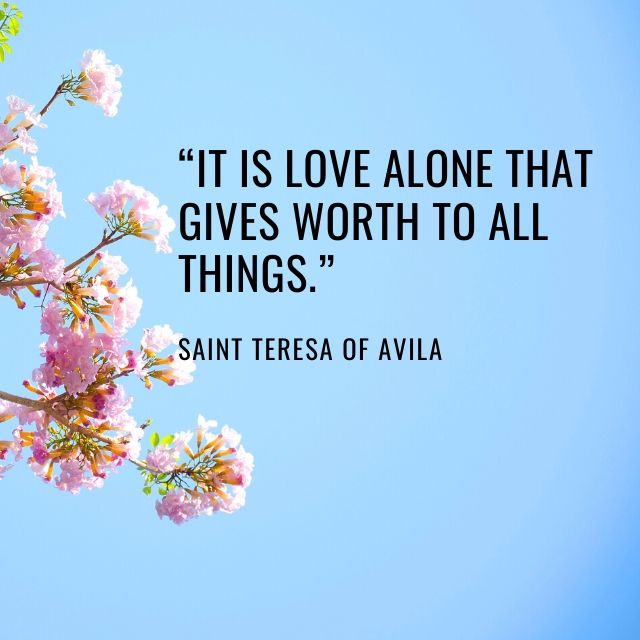