Capuchin priest who fought racism on way to canonization 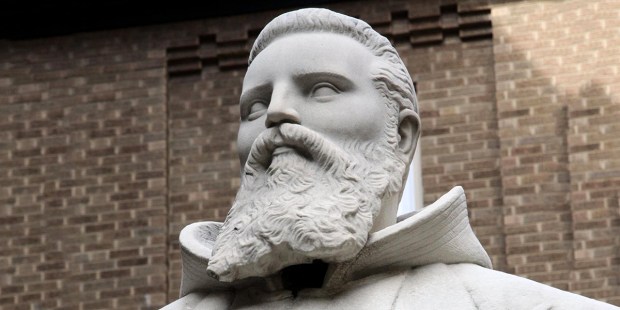 Born in Canada, Fr. Stephen Eckert joined the Capuchin order, was ordained in 1896 and sent to New York for his first assignment. While there he fell in love with African Americans and felt a desire to minister to their spiritual needs, something that was rarely heard of in America at the time.

This calling was further cemented after a visit to the Sisters of the Blessed Sacrament in Philadelphia, a religious community founded by St. Katherine Drexel, who served various African American communities. He was convinced that God was calling him to this apostolate and wrote to his superior in 1903.

“I humbly ask you for the privilege of devoting my life to missionary work alone, in conformity with God’s holy will. I must point out that since last year I have been thinking of going south to work with the Blacks; so if you think that this might redound to the greater glory of God, I would be glad to do so…”

His dream wasn’t fulfilled until he was appointed pastor at St. Benedict the Moor Parish in Milwaukee, Wisconsin. The parish was in the heart of an African American community and his pastoral approach was entirely unique.

According to Egidio Picucci in an article for L’Osservatore Romano, “Within two months, Fr. Stephen made contact with 450 people, going from house to house, giving rise to waves of wonder for no one had ever ‘dared’ to do as much. It is needless to say that this wonder became trust, which is why, when it became known that he was to open a school, he was immediately able to gather about 40 children, half of whom lived far away.”

It is said that he was one of the first Catholic priests to dedicate all of his energy to the service of “the colored race” in the United States.

Furthermore, he would say “To do something for the Blacks we must first convert the Whites to their cause.” Eckert was active in the local community and fought for basic human rights and equality, something far ahead of his time.

Capuchin priest Fr. Mike Bertram summarizes on the St. Benedict the Moor parish website, “After [a] preaching trip, he contracted pneumonia, but refused hospitalization. He subsequently died on February 16, 1923 at the age of 53 and is buried on the grounds of St. Benedict the Moor Church here in Milwaukee. His simple tombstone reads, ‘The Apostle and Champion of the Colored Race.’ His great holiness and ministry resulted in the diocese beginning the canonization process on his behalf, and he was declared ‘Servant of God’ in 1952.”

His legacy endures to this day and the example of his fight for the dignity of the human person remains an inspiration.

Read more:
Father Tolton recognized as venerable; may be first black American to be canonized