The secrets behind the Vatican’s white/black smoke 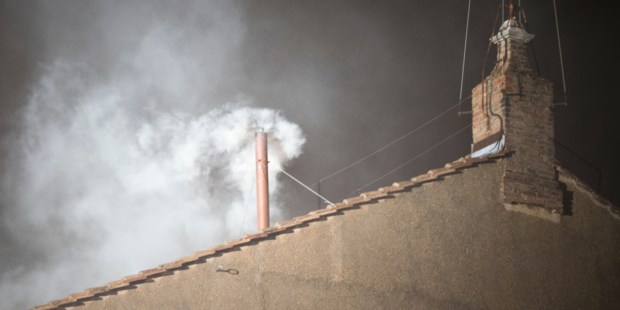 Do you know how the Vatican chimney works?

All Catholics are familiar with the ritual of the white and black smoke that accompanies the election of a new pope. When white smoke emanates from the roof of the Sistine Chapel in Rome, it means a new pope has been chosen. If black smoke emerges, an agreement is yet to be reached. But not many people may know how this centuries-long ritual actually works. Here are some key facts that reveal the secrets behind the “conclave smoke.”

1. The smoke’s color is created thanks to a chemical process

Both white and black smoke are created by burning the electoral cards used by cardinals during the papal conclave. These envelopes are then mixed with different substances to obtain white or black colored smoke. Thanks to combustion of specific materials, such as metallic zinc with elemental sulfur, a thick white gas can be generated, resulting in the famous “white smoke.” Burning carbon heavy materials like wood releases compounds that look gray or black, thus resulting in the “black” smoke.

2. The smoke originates from two cast iron stoves located in the Sistine Chapel

We can all see the smoke emitted by the external chimney on the roof of the Sistine Chapel. But where does that smoke originate? The answer lies in two cast iron stoves located in the Sistine Chapel. The stoves are about 3.2 feet high and have two openings, one at the bottom to start it up and one at the top to insert the envelopes and other materials needed for the combustion.

3. The current stove system was first used in 1939

From bottom to top, the stove system measures approximately 98 feet. The first part is made of a total of 32 tubes while the final part, reaching the roof, is made of a single 65-ft long tube made of steel and copper.

5. Bells and smoke are the only permitted ways to communicate the election of the pope

Together with white smoke, the election of a new pope is communicated by the ringing of St. Peter’s Basilica’s bells. Any other form of communication about the papal conclave’s result, including text messages, is forbidden.

6. A seagull that flew on top of the chimney became a social media celebrity

During the last papal conclave in 2013, a white seagull stepped on the external part of the chimney right after black smoke was emitted, evoking a symbol of hope. Curious groups of onlookers filmed the seagull and the video became viral on social media. The bird eventually flew away after 30 minutes of fame.