A goddaughter’s moving tribute to her godfather with Down syndrome 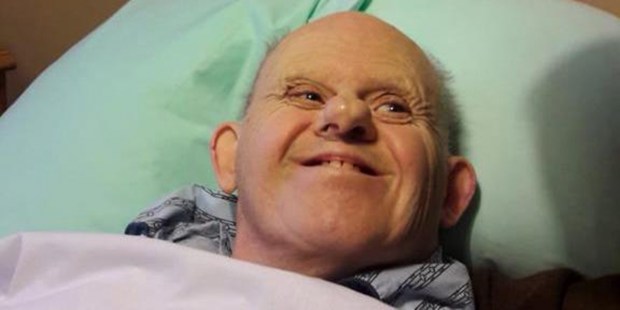 A French journalist honored her uncle and godfather, who passed away recently.

Jean-Eudes Lorne passed away on Friday, January 2, 2020, at the age of 64. He was a middle child among his 10 siblings, and lived out his role as godfather to his niece Violaine in a special way. She paid him a magnificent tribute on the day of his funeral, on Tuesday, January 7.

Violaine des Courières, 31 years old, is a journalist who is married with two children. She had the special experience of having an uncle with Down syndrome. “Uncle Jean-Eudes,” as she affectionately calls him, showed her from a very early age how to accept living at a different pace.

Jean-Eudes’ sister, Guillemette, also bears witness to this grace-filled lesson. She took her brother under her roof for 15 years, after the death of their parents. “I took care of Jean-Eudes, but he gave me a reason to live. He helped me to transform myself internally, to simplify myself, to be more human,” she says.

A beautiful family bond was forged around this brother and uncle (he has more than 30 nephews and nieces!) who was slower and more fragile than the others, but whose kindness and devotion made him the center of the family. It was he who mowed the lawn, who did little tasks around the home, and who prepared drinks for his brothers and sisters with loving care. “In reality,” says Violaine, “the simple fact of being attentive to Uncle Jean-Eudes united us.”

Here is the homage she paid to him:

“My godfather, Uncle Jean-Eudes, passed away last Friday. His funeral was yesterday… He was a carrier of Down’s syndrome. It’s not usual to have a godfather like that.

To communicate with him was to accept returning to a world that was less efficient, and slower. It was difficult for him to express himself. He stuttered. To listen to him, you had to be patient. Often, when I was little, he would ask me for ‘a drawing.’ I would do it, quickly. But then he would ask me to add details: ‘a rainbow,’ then ‘flowers, clouds, rain….’ I’d stomp around. I wanted to go play. But I had to wait.

At Christmas, when he gave me a gift—prepared by his big sister—he kept the package in his arms; he didn’t want to give it to me. My aunt had to convince him to give it to me. Once again, it was quite a ceremony that required patience.

With him, I learned at a very young age that fragility and vulnerability are part of life. I also learned that they can then be transformed into graces.

A long time ago, Uncle Jean-Eudes wrote in large letters on a piece of paper, found years later nestled in a crucifix: ‘They are beautiful. I’m not. They are intelligent. I’m not smart. But in heaven it will be different.’

On earth, you were one of the smallest of us. In Heaven, you are now one of the greatest. The imprint you leave on the earth is your smile in the shape of the sun.

Thank you for everything you’ve taught me.

Read more:
How having a baby with Down syndrome changed this rock star’s music