The Holy Father has been reflecting on deep issues of humanity ... unity, anti-Semitism, genuine progress

Here is our weekly round-up of five striking statements and expressive images from Pope Francis.

Lutherans and Catholics together

Christians are those who can give thanks for their baptism. … The community of all the baptized is not a mere “standing beside one another,” and certainly not a “standing against one other,” but wants to become an ever fuller “standing together.”

~ Audience with the Ecumenical Delegation of the Lutheran Church in Finland, January 17, 2020

Jesus and his fishermen

Jesus’ first disciples were “your colleagues,” and He called them to follow Him just as they were setting up their nets on the shore of the Lake of Galilee. I like to think that even today, those of you who are Christians feel the spiritual presence of the Lord beside you.

Our consumerist society also squanders words: how many unhelpful words are spoken, how much time is wasted in arguing, accusing, shouting insults, without a real concern for what we say.

It is troubling to see, in many parts of the world, an increase in selfishness and indifference, lack of concern for others and the attitude that says life is good as long as it is good for me, and when things go wrong, anger and malice are unleashed.

Me and you, you and me

In seeking genuine progress, let us not forget that to trample upon the dignity of another person is in fact to weaken one’s own worth. 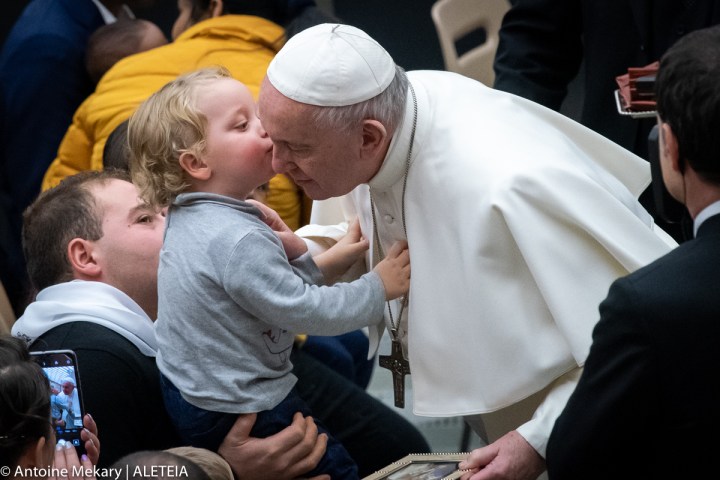