Royal Peculiars: A reminder of the British monarchy’s Catholic past

These chapels are best known as the sites of Britain's grandest marriage ceremonies.

“Royal Peculiars” might not be as strange as their name suggests. They are more a reminder of how things used to be in England before its rulers broke with the Church of Rome. They are merely churches under the direct jurisdiction of the monarch rather than a bishop. 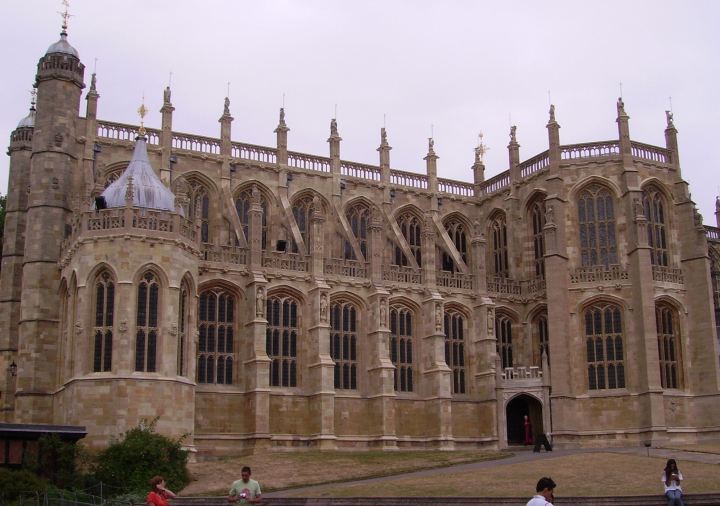 When the Protestant Reformation happened, this was something that Henry VIII hung on to. The royal family has been doing this ever since, although the only time they are mentioned is weddings. All the grandest marriages have started at one of these Royal Peculiars, with one exception. The most watched wedding of all time took place at St. Paul’s Cathedral. The royal family didn’t make the same mistake for the funeral of Diana, which happened at the top Royal Peculiar – Westminster Abbey. The TV audience was estimated at 2.5 billion, making the service one of the most watched events ever.

There are almost 20 of these institutions. Most of them started life Catholic and all have ended up as Church of England. Some contain reminders of the old faith. Not all are the original buildings.

The oldest Royal Peculiar structure is also the most distinctive. There’s no mistaking the Temple Church in London. The English headquarters for the Templars has a round nave and appears in Dan Brown’s Da Vinci Code. No matter what has been done to the interior, removing all the Catholic icons and crucifixes to make it thoroughly austere, the exterior cannot be changed. Modeled on the Church of the Holy Sepulchre in Jerusalem, it’s a 900-year-old reminder of what the Templars were all about. They were among the fiercest fighters in the Crusades. In theory their role was to protect Christian pilgrims; in practice they went well beyond this. Amassing huge wealth and power, they incurred the wrath of European kings and the pope. In the first royal grab of religious property, the London Temple was snatched from the Templars by an English king who turned it into his own property in 1307. This was more than two centuries before Henry VIII got his royal hands on it the second time, turning it into a part of the Church of England.

Henry VIII tried to make substantial changes to his Royal Peculiar at Hampton Court Palace. The memory of his former favorite, Cardinal Wolsey, was too much for the king. Not only was Wolsey a senior prelate of the Catholic Church, he was also a friend of Henry, who took everything from him because he couldn’t arrange an annulment from Catherine of Aragon. Henry tried to remove every trace of him from Hampton Court, including the chapel. The workers at the time partially succeeded, but now there is a memorial to Wolsey that would have put King Henry in one of his legendary rages. Wolsey is on stained glass in the chapel, in full color with scarlet robes and a rochet lined with lace. In 2016, for the first time in almost half a millennium, a Catholic service was held in this chapel — not a Mass but vespers, led by Cardinal Vincent Nichols.

The only Royal Peculiar that maintained a real Catholic presence after the Reformation was located in the palace that is still the official residence of Britain’s rulers. St. James’s Palace has two chapels: one was simply changed to being an Anglican place of worship, but a new one was created in the 17th century for Henrietta Maria, the wife of King Charles I. The king was already unpopular with England’s Puritans, and they were equally displeased when Charles allowed the Queen’s Chapel to be built in contravention of all the laws banning Catholic places of worship. It was later stripped of the “idolatrous” items that she was thought to be reintroducing to her new homeland.

Within the palace of the Tower of London, which was indeed a palatial royal home despite its forbidding image, there is still the Royal Peculiar Chapel of St. Peter ad Vinculam. While its rather Roman (Catholic) name has never been changed, the interior was once again stripped of the icons of the old religion. The only items that were not put on the rubbish heap were the remains of two senior Catholic saints executed by Henry VIII. St. Thomas More and St. John Fisher – both minus heads – which are still buried in this Anglican church.

Most of the Royal Peculiars do not have any of these associations with the pre-Protestant past. Top sites for weddings, none of which have been Catholic for five centuries, are Westminster Abbey and the Chapel of St. George in Windsor Castle. The latter is where Prince Harry and Meghan Markle were married, and it’s getting a lot of attention again now.

The Royal Peculiars that should perhaps be receiving even more scrutiny are those outside the UK. There are only three of them, and all are in Canada. As this is the next probable home for Harry and family, there will be a touch of the regally familiar for the former HRHs, although this might be what he is trying to escape from.