Not sure you’re following God’s will? Here’s a surefire test 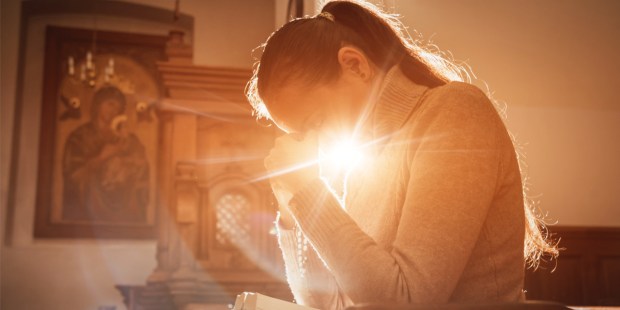 Missionary priest and survivor of the Russian Gulag offers a clear way to discern.

Servant of God Fr. Walter Ciszek, S.J., is a hero by anyone’s measure. The Polish-American Jesuit priest conducted clandestine missionary work in the Soviet Union between 1939 and 1963, including 15 years in confinement and hard labor in the Gulag, plus five years in Moscow’s infamous Lubyanka prison. He remained faithful to God throughout his many years of suffering and imprisonment, and continued to pray and offer the sacraments to as many people as he could.

After his release and return to the United States in 1963, he wrote two books about his years in Russia: With God in Russia and He Leadeth Me. In the second chapter of the latter, he describes his difficult process of discernment in deciding whether or not to undertake the dangerous mission of entering Russia and ministering in secret to Christians there.

What Fr. Ciszek has to say about discerning God’s will bears remarkable relevance for anyone trying to make a hard decision, or seeking confirmation that their lives align with God’s desires. At first, the difficulty of the decision surprised him: “I had never before doubted that it was God’s will for me to go to Russia. From the day I first heard the call, that conviction had formed the core of my life.”

But faced with the choice becoming imminent, Fr. Ciszek hesitated. He thought that his first duty was to remain with his assigned parish in Poland, and worried that it would be wrong to leave them.

Agonizing over the decision ate him up inside: “I was tortured by these questions and these arguments,” he writes. Even prayer, which had reliably revealed to him God’s voice in the past, gave him no relief from his inner turmoil.

He questioned the authenticity of his call: “Wasn’t I merely following my own desires and simply calling them God’s will for me? … Was I really so certain of God’s will?”

At last, he decided to remain in Poland. He reasoned that staying where he was, in a parish where he was sorely needed, would be the best way to carry out his ministry.

Yet no sooner had he reached a decision than he felt “distraught.” “I felt no peace, no joy, no ease of heart at having finally resolved my problem,” he writes. He felt that he had placed higher importance on the voice of reason than the voice of God.

Importantly, he described how he felt as a “loss of that deep interior sense of peace, that sense of joy and enthusiasm, that strong spirit of faith in God’s involvement in my life.” This loss of peace is a clear way to know that something is not God’s will.

As Fr. Ciszek goes on to explain,

“I experienced then what I had heard before from spiritual directors or read in spiritual books but never fully understood: that God’s will can be discerned by the fruits of the spirit it brings, that peace of soul and joy of heart are two such signs, provided they follow upon total commitment and openness to God alone and are not founded on the self’s desires. That the validity of a call can be tested—whether it be the call of a vocation or of some new departure within that vocation—by the movements of soul that accompany it.”

Of course, he went on to change his decision, and went to Russia after all. Although entering Russia was an unknown and dangerous path, he felt deep peace that gave him confidence in this choice.

Fr. Ciszek’s realization that a sense of peace could point him toward God’s will is applicable to so many areas of life. If you are struggling to make a decision, or discern God’s will for you, apply this test: Which decision brings you deep interior peace and joy?

It’s a simple truth, but one that’s easy to forget: Peace comes from God, while unrest and turmoil come from the Devil. Follow what brings you real and lasting peace, and you can be confident that you are faithfully living out God’s will for you.

Read more:
A prayer to help discern your vocation

Read more:
Find peace in God’s will for your life with this prayer