“Mama Bosco” is on the way to canonization 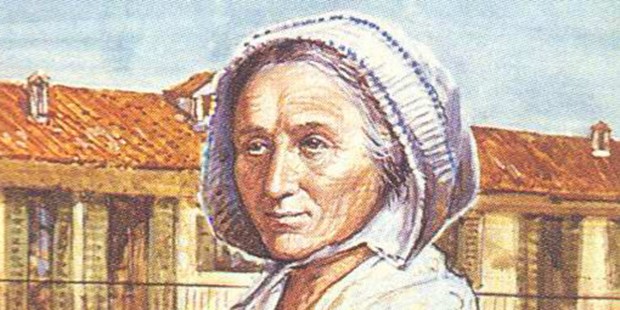 St. John Bosco’s mother is known as a “venerable” in the Catholic Church.

While many know and love St. John Bosco, did you know that his mother is on the way to canonization? Margaret Occhiena was born in Italy in 1788 and married at the age of 24. She had three sons before her husband died in 1817.

She never remarried and committed herself to raising her three boys by example, showing them her own love of the Catholic faith. Author M.S. Pine gives a little taste of her parenting style in
A sketch of the life and works of the Venerable Don Bosco (published in 1916).

Margaret Bosco did not bring her sons up in softness or idleness. They rose with the sun in the summer, and long before dawn in the winter; dutiful children, they worked in the fields and helped in the house — prayer, work and play divided their day; their meals were frugal and they took their night’s rest on the floor. John was inured early, you see, to penance; but under this regime he flourished, and was the delight of his mother’s heart because of his tender piety, his purity of conscience, and his love tor the poor.

Even though Margaret was illiterate, she possessed a great wisdom and love of education that she passed on to her children.

Margaret, though her prospect of education had been blighted by the repressive measures of the time, had a beautiful mind, with rare force of character; she was somewhat of a poet, too, for from nature and from little daily happenings, she could draw analogies most sweetly spiritual, and these have often a lasting influence with children.

Her influence was so great in St. John Bosco’s life, that when he needed help with the orphan boys that he was housing and raising, he instinctively knew they needed a mother. Recalling the love he experienced as a child, Bosco turned to his own mother!

“Madre mia,” he said caressingly, “I need a mother for my poor boys, some one to care for them and love them, some one to manage my large household. Ah, if I could only bring the most precious treasure I have here in Becchi — my mother — to Turin!”

She accepted the mission and had a busy life at the Oratory, helping her son with anything he needed, “Margaret washed and ironed for them, made and repaired their clothes, cooked, swept and did the menial work of the house, besides cultivating a vegetable garden and keeping a poultry yard. She was never idle and no religious was ever poorer. Mamma Margaret, as she was called, was so beloved that she had a host of little self-constituted helpers who took delight in relieving her.”

Besides all of these “household tasks,” Margaret was a comforting and motherly presence for all the boys and she continued to guide her son with her gentle wisdom.

Read more:
5 Keys to a good education according to St. John Bosco