7 Of the best St. Therese quotes

Her personal motto was "Love is repaid by love alone."

Thérèse Martin was born January 2, 1873, into a devout Catholic family, and entered the Carmel in Lisieux, France, when she was just 15 years old.

After making her vows three years later, she served her community as sacristan and novice-mistress. By 1894, she had signs of tuberculosis; she would die of the disease in 1897 at the age of 24.

Taking as her personal motto “Love is repaid by love alone,” from St. John of the Cross, Thérèse found the courage to endure hours and days of spiritual darkness that few saints have suffered. Love for the Father, expressed in childlike simplicity and trust—combined with a deep understanding of the mystery of the Cross—formed the basis of her “Little Way.” This “Little Way” makes her one of the popular saints of our times. 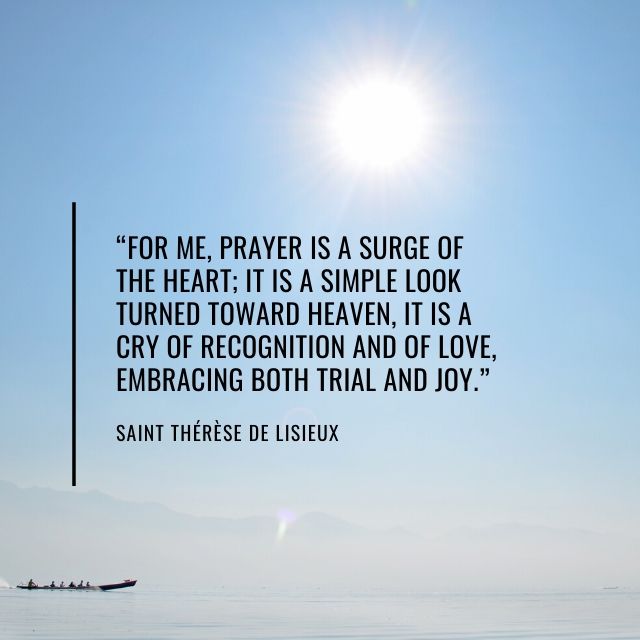 Read more:
Is St. Therese the patron of missions because of this Canadian missionary?

Read more:
Start your day with this energizing prayer of St. Therese of Lisieux