Pregnancy in art: A fascinating glimpse into depictions of the gift of life

These works of art from the last 500 years capture a time of life not often seen in portraiture.

A new exhibition featuring artistic representations of pregnancy over the past 500 years hasopened at the Foundling Museum in London.

“Portraying Pregnancy: From Holbein to Social Media” includes works of art that depict pregnant women, a time of life that is not often captured in portraiture.

The exhibition’s focus on pregnancy provides insight into society’s changing attitudes towards pregnancy, as expressed on the museum’s website:

Through paintings, prints, photographs, objects and clothing from the fifteenth century to the present day, discover the different ways in which pregnancy was, or was not, represented; how shifting social attitudes have impacted on depictions of pregnant women; how the possibility of death in childbirth brought additional tension to such representations; and how more recent images, which often reflect increased female agency and empowerment, still remain highly charged.

The exhibition includes Holbein’s portrait of St. Thomas More’s daughter Cecily, which was painted in about 1526. Her father was beheaded less than 10 years later, for refusing to recognize King Henry VIII as head of the Church of England.

Other works included in the exhibit include William Hogarth’s The March of the Guards to Finchley, 1750, which features a heavily pregnant woman, and Lucian Freud’s portrait of his first wife, Kitty.

View the slideshow to see a selection of works from the exhibition.

“Portraying Pregnancy: From Holbein to Social Media,” will be on exhibituntil April 26, 2020. Visit the Foundling Museum’s website for more information. 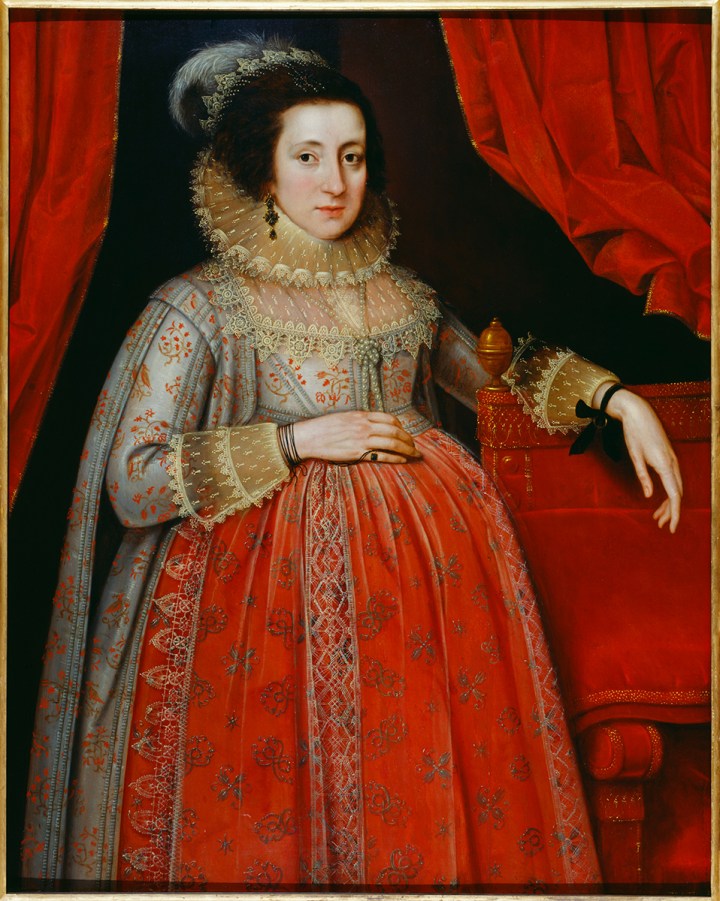