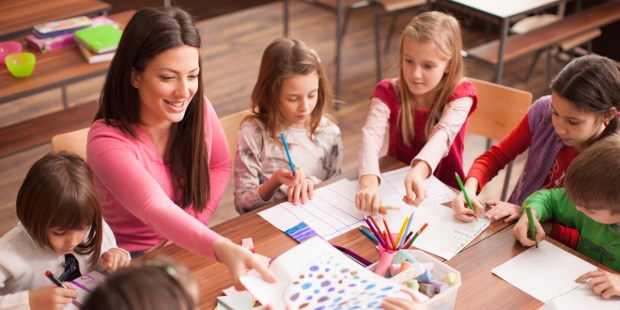 The state of Montana had issued a regulation prohibiting its citizens from using the credits at sectarian schools.

Kendra Espinoza is a single mother who transferred her two daughters out of public school after her youngest struggled in class and her oldest was repeatedly bullied. She put them in Stillwater Christian School, a nondenominational school in Kalispell, Montana, largely because “the school teaches the same Christian values” she teaches at home, she said.

But, according to the Institute for Justice, a Virginia-based law firm, Espinoza struggles to pay tuition, in spite of working at two jobs–as an office assistant by day and a janitor at night. She has had to supplement her income by raffling off donated quilts and holding yard sales. Her daughters have chipped in by taking odd jobs.

Espinoza was counting on help from a tax-credit scholarship program that the Montana Legislature enacted in 2015. The purpose of the program “is to provide parental and student choice in education” for K to 12 students. It does so by providing a modest tax credit—up to $150 annually—to individuals and businesses who donate to private, nonprofit scholarship organizations. Those organizations then use the donations to give scholarships to families who wish to send their children to a private school. Recipients can use the scholarships at any qualified school.

Without the scholarships, Espinoza and other low-income parents may have to pull their children out of the private schools they find are better for their kids. But last month, Espinoza and her daughters got a real-life lesson in the American system of government when they attended the United States Supreme Court’s hearing of her case, Espinoza v. Montana Department of Revenue. As framed by the Institute for Justice, the case asks whether it violates the Religion Clauses or Equal Protection Clause of the United States Constitution to invalidate a generally available and religiously neutral student-aid program simply because the program affords students the choice of attending religious schools.

In overturning the scholarship program, Montana’s Supreme Court cited Article X, Section 6 of the Montana Constitution, which prohibits “direct or indirect appropriation or payment from any public fund or monies … for any sectarian purpose or to aid any church, school, academy, seminary, college university, or other literary or scientific institution, controlled in whole or in part by any church, sect, or denomination.” Article X, Section 6 is a 1972 update of Montana’s so-called Baby Blaine Amendment, one of 29 such state constitution amendments that prohibited the allocation of public funds to sectarian schools and other institutions. The Blaine Amendments came about at a time of severe anti-Catholic animus in the late 19th century.

“State Blaine amendments, born and nurtured in anti-Catholic bigotry, … invidiously exclude religious institutions and religion-exercising individuals from generally available public benefits,” said the Catholic Association Foundation, a Montana lay organization dedicated to being a faithful voice for Catholics in the public square, in a friend-of-the-court brief filed in Espinoza v. Montana. “The bigotry accompanying the passage of state Blaine amendments is probative of unconstitutional animus in violation of the Equal Protection Clause and should be carefully considered by this Court. Such anti-Catholic sentiment has now morphed into a generalized anti-religious bias in favor of ‘secular’ education.”

President Trump, in his State of the Union address Tuesday evening, called on Congress to pass the Education Freedom Scholarships and Opportunities Act, which would amend the Internal Revenue Code to establish tax credits to encourage individual and corporate taxpayers to contribute to scholarships for elementary and secondary students through eligible scholarship-granting organizations. Low income families would be prioritized to receive funding, to send their kids to the school of their choice.

“No parent should be forced to send their child to a failing government school” Trump said in support of the bill, introduced in the House last February. “For too long, countless American children have been trapped in failing government schools. To rescue these students, 18 states have created school choice in the form of Opportunity Scholarships. The programs are so popular that tens of thousands of students remain on a waiting list.”

It does not appear likely that the Democrat-majority House will pass such a bill, however, and some observers think that there is more likelihood that the Supreme Court will issue a school-choice-friendly decision in Espinoza. If it does—and a ruling is expected by June—it would be a “virtual earthquake” in the public education system, said Randi Weingarten, the president of the American Federation of Teachers. She told the New York Times that it would send money “cascading away” from public schools.The newspaper added that about 18 states offer tax-credit scholarship programs.

The Catholic Association Foundation brief supported Espinoza and other parents in their plight for school choice.