Argentina to construct 400 grottoes to honor the Blessed Mother 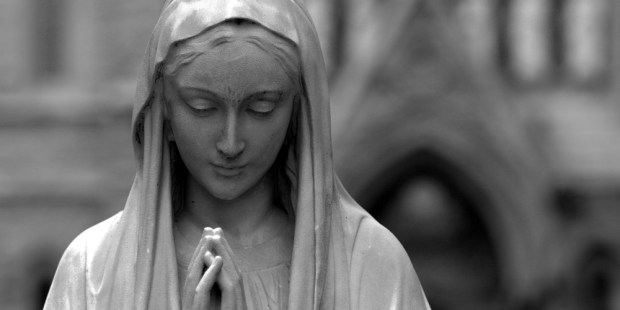 The parishes of the Argentinian province of Catamarca are uniting in 2020 to create 400 shrines dedicated to the Virgin Mary in honor of the 400th anniversary of the discovery of a statue of the Blessed Mother, which inspired thousands of Catholic devotions in the South American nation.

The story, as told by Welcome Argentina, an informational website geared towards tourism, goes that between 1618 and 1620 an unnamed Argentinian native in the service of Manuel Salazar witnessed a group of women in a procession into the forest. The man thought little of the occurrence at the time, but the following day he felt guided to follow their footprints, which he found to be still visible in the soil.

He traced their steps for miles until he came to a shallow stone recess which led him to find the statue of Mary, styled with tan skin to resemble the native Argentinians, and with her hands held up in prayer. The discovery was kept secret at first, but as the man grew to admire and venerate the statue, he revealed its existence to Salazar, who quickly went to retrieve it so that it could be presented to the public.

The statue and story grew in popularity, until thousands in the region were making pilgrimages to visit the statue, which was eventually recognized by the Church. In 1974, the image of Mary with light-brown skin was adopted as the Patron Saint of Argentina’s Tourism, under the moniker “Our Lady of the Valley.”

Over the 400 years since “Our Lady of the Valley” was discovered, she has been credited with many miracles, including the healing of terminal illnesses, blindness, and paralysis. She is also considered to have saved the region from infestations of locusts and worms.

In honor of the fourth centennial anniversary of “Our Lady of the Valley,” Argentina’s Catholic Bishops have announced 2020 to be a National Marian Year. Catholic News Agency reports that the celebrations will last from December 8, 2019 until December 8th, 2020. They also note that this year is especially significant to Argentina, as it marks 500 years since the first Catholic Mass was celebrated on their soil.

The idea for the construction of 400 Marian shrines came from the Our Lady of the Rosary parish, but Bishop Luis Urbane of Catamarca championed the endeavor and organized it to become a regional effort, bringing in about 30 other parishes to help out. Each parish is expected to construct 13 grottoes over the course of 2020.

Their good works have already seen the first grotto completed. It was blessed on January 30, in the hamlet of Laguna Blanca.