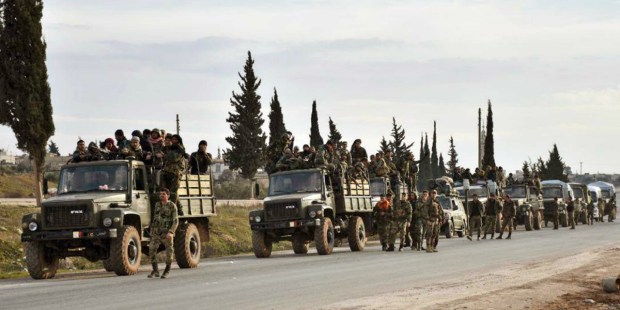 Pope Francis is again asking us to pray for the people of “beloved and martyred Syria” as the latest surges in conflict there have resulted in the displacement of hundreds of thousands of civilians, mostly women and children.

“Painful reports are still emerging from northwestern Syria, particularly regarding the plight of so many women and children, as well as of people forced to flee because of a military escalation,” the Holy Father said after praying the midday Angelus on Sunday.

He appealed to the international community and to all parties involved to “make use of diplomatic channels, dialogue, and negotiation” to end the conflict and “to safeguard the lives and welfare of civilians.”

Since December, government forces with the support of Iran and Russia have captured dozens of localities in Idlib province, with some 700,000 civilians, the vast majority of them women and children, having been displaced by the fighting.

As well, in the last few days, a handful of Turkish military have lost their lives; Turkey supports the opposition and has told the Syrian army to pull back behind observation posts set up in Idlib under a 2017 agreement with Russia and Iran.

Read more:
Syria, a country in agony, is “living an anticipated Lenten fast”