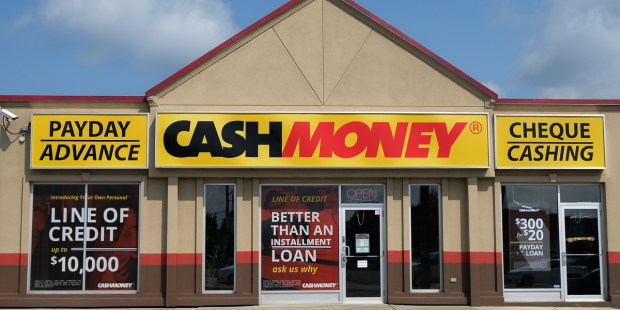 What seems to be a quick and easy solution to pay an emergency bill until the next payday has turned out to be a nightmare for many people. Payday loans or car-title loans can help to fill a financial gap in a person’s life, but if the borrower isn’t careful, interest on the loan can balloon and get the borrower into much greater debt.

Recently, Catholic advocates and others have ramped up their support for legislation that seek to protect borrowers from crippling interest rates.

“Payday lending is modern day usury. These short-term, high-interest loans prey on the financial hardship of poor and vulnerable consumers — all for the sake of big profits, which only come when consumers fail. This practice directly contradicts our Catholic understanding that the role of the economy is to serve people, not the other way around,” the Montana Catholic Conference told voters, urging them to contact a local representative in support of the Veterans and Consumers Fair Credit Act of 2019 (HR 5050).

The conference explained that the bill would put a 36% APR interest rate cap on all payday and car-title loans. Interest on payday loans are said to sometimes compound to over 300%

“HR 5050 expands the successful Military Lending Act rate cap — which currently only covers active-duty servicemembers and their families — to veterans and all consumers,” the Montana conference said. “That means that payday loan sharks would not be able to charge sky-high, triple-digit interest rates on their deceptive loans.”

The United States Conference of Catholic Bishops’ Committee on Domestic Justice and Human Development recently signed on to a letter from the Faith for Just Lending Coalition in support of HR 5050. The letter to Congress claims that the rate cap of 36% APR “has a proven track record. The Military Lending Act prohibits lenders from charging military servicemembers and their families more than 36% APR. This limit was proposed by the Defense Department after finding that high-interest loans were devastating troops’ finances and harming force readiness. It was enacted with strong bipartisan support in 2006.”

“Scripture condemns usury and teaches us to respect the God-given dignity of each person and to love our neighbors rather than exploiting their financial vulnerability,” the letter says. “Thus, just lending is a matter of Biblical morality and religious concern. Fairness and dignity are values that should be respected in all human relationships including business and financial relationships.”