Mark Wahlberg reveals the importance of faith in new interview 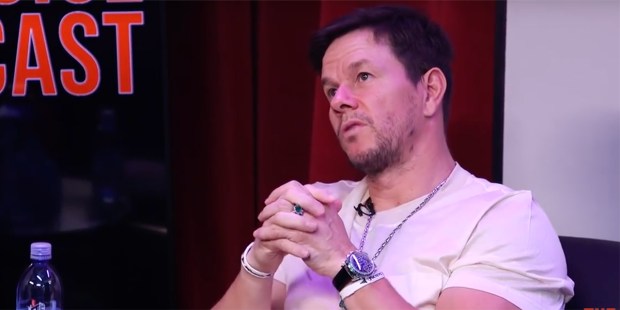 The actor and father shares how his Catholic faith is “everything” to him in a recent podcast.

Mark Wahlberg is one of a handful of stars who openly discusses his Catholic faith, and the role it plays in his life. In fact, last year he even shared his unusual prayer routine, which includes waking up in the early hours and heading straight to his prayer room. Now, however, the Hollywood star and father of four has shared more about how he prays and the essential place his faith plays in his daily life.

In a lengthy podcast by The Tuff Juice with Caron Butler, the ex-bad boy shares how he transitioned from the music world into acting. He credits focus and discipline at his work as a huge reason for his success. He also goes on to reveal that his focus on his faith has been paramount in making him the man he is today:

Faith is the most important thing … That’s how I start my day every day. By the time I open my eyes, before I turn the light on or do anything, I am kind of saying my prayers. I go into my prayer room and take that 15 or 20 minutes to express how grateful I am.

Always a pleasure to sit down with my guy @caronbutler The Tuff Juice podcast.

Wahlberg went on to state how his faith was the key to putting him on the right path — by focusing on his faith he realized the importance of putting the work in: “The only way to do this is the right way. You can’t cut corners in life. You might get away with it here or there but ultimately if you want anything with real substance, with a real solid foundation … you gotta work.”

It is his extraordinary work ethic that has led him to maintaining his acting career while also being involved in producing movies, and also launching into the fitness world. Despite his incredible career path, though, Wahlberg is very aware that his Christian duty is to give back, which can be seen in the Mark Wahlberg Foundation, which he launched to help inner-city kids.

I know that God didn’t bless me with all this to say, ‘forget about where you come from and just go off and do you and have a great life.’ There is now an opportunity and a responsibility to give back and be an example and inspire other people to say no matter where you come from or what obstacles you may face, if you actually go and do the right thing…good things will happen for you.

The actor also revealed how one of the driving forces to being a faithful servant in this “short life” (although he hopes to love to 110!) is to be reunited with his dad who died 12 years ago: “I have this wonderful idea that I’ll be able to see my dad again and if you do good in this life, there is a heaven, there is a better place.”

For a man who’s definitely been open about his weaknesses (lacking patience is one of them) and the mistakes he’s publicly made, it is his faith that has ultimately defined Wahlberg as the man he is today:

“I’ve taken and used the blessings and the gifts that God has given me in the way that He wanted and I could be a good servant, a good father, husband, son, friend, neighbor, a leader and a follower, a follower to those who are really serving… I know that I should be doing more, I can be doing more.”

He adds that while needing to do more to positively influence others, he also needs to be more selective with his films so as not to miss out on what’s important to him: his family.