Polls suggest the future of American Catholicism is Hispanic 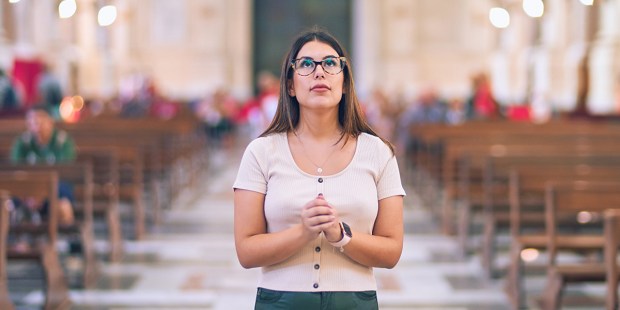 The rise of the ‘nones’ has led to a demographic change, showing a higher percentage of Hispanic Catholics in America.

A recent survey from Pew Research Center has shown that the percentage of Hispanics in America has increased. The data, which comes from polls conducted between 2018 and 2019, suggested that the increase of ‘nones’ in America is the commanding factor in this change in demographic.

On average, Americans are less religious than they were recorded to be in any poll taken in the last few decades. In 2007, about 78% of Americans identified as Christian, but by 2019, their numbers had dwindled to 65%. During the same time-frame, those calling themselves ‘nones’ rose by 10%.

Pew found that between 2009 and 2019 the number of Hispanic Catholic Americans saw a substantial drop from 57% to 47%, with Hispanic ‘nones’ on the rise by 8%. A different study conducted by Public Religion Research Institute (PRRI), however, has noted that the decreasing percentage of Catholics across the board has led to a shift in the national religious demographic.

PRRI notes that the Catholic Church has been predominantly white over the last 25 years, with their numbers reaching 87% of all American Catholics at their peak. In 2017, however, this figure had dropped to 55%, with Hispanics making up 36% of the national Catholic presence.

The differences in the ethnic and racial make-up of American generations suggests that this trend will only further increase in the years to come. Today, less than 36% of Catholics under the age of 30 are white, while 52% of the same group are Hispanic. On the other end of the spectrum, whites command 76% of the elderly Catholic population (65 years or older) while Hispanics constitute 17% of this figure.

This data suggests that the next decade may see a further decrease in the population of white Catholics, as the older, more religious generations pass away. Meanwhile the Hispanics are poised to increase their numbers, as PRRI found that they were twice as likely to have children under the age of 18 and they were also said to be more likely to have a large family. Hispanic Catholics were also found to be more likely to instill religious beliefs in their children.

There are many researchers who continue to track the rising trend of ‘nones’ in America, which has yet to reach an apparent peak. As more and more young white Catholics consider themselves to be ‘nones,’ it is possible that the next decade will see the percentage of Hispanic Catholics take the commanding lead in America.