Ben Affleck admits “divorce is biggest regret of my life” 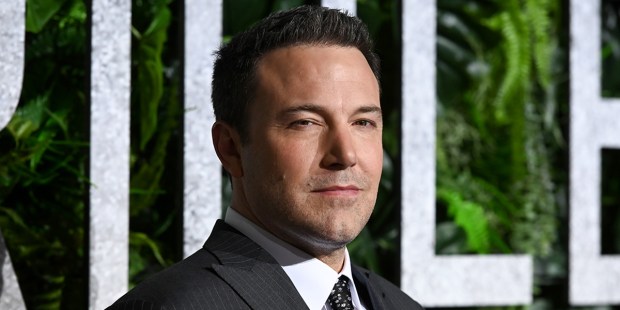 The former husband of Jennifer Garner, and dad to three, opens up about the demons he’s been fighting.

In a recent interview with Brooks Barnes for The New York Times, the Hollywood star Ben Affleck shared some of the difficulties he’s faced in the past few years, all for the world to see.

As the actor is about to hit the big screen again with a number of upcoming productions, he’s back in the limelight after a very public divorce, and after three stints in rehab for alcohol addiction.

In a world where the Oscar-winning actor has openly shared his problems with addiction, Affleck explains the impact of his compulsive behavior on his daily life:

“You’re trying to make yourself feel better with eating or drinking or sex or gambling or shopping or whatever. But that ends up making your life worse. Then you do more of it to make that discomfort go away. Then the real pain starts. It becomes a vicious cycle you can’t break. That’s at least what happened to me.”

He goes on to share how these spiraling negative behaviors went on to destroy his marriage with actress, Jennifer Garner. Although the couple went through a long separation, there was the sense that they really tried to prioritize their family, with the pair often attending Sunday services with their three kids in tow. The marriage eventually ended in divorce in 2018.

“The biggest regret of my life is this divorce,” Affleck shared, adding: “It’s not particularly healthy for me to obsess over the failures — the relapses — and beat myself up,” he said. “I have certainly made mistakes. I have certainly done things that I regret. But you’ve got to pick yourself up, learn from it, learn some more, try to move forward.”

And he does seem to be trying to be picking himself back up. Not only with his flurry of upcoming films, but by acknowledging his personal demons and doing his best to fight them. As he pointed out “Relapse is embarrassing, obviously. I wish it didn’t happen. I really wish it wasn’t on the internet for my kids to see. Jen and I did our best to address it and be honest.”

Affleck grew up in a family where there was a lot of alcoholism and mental illness — his own father was an alcoholic, his paternal grandmother committed suicide at 46, his uncle killed himself with a shotgun, his aunt was a heroin addict, and his younger brother Casey has also struggled with alcoholism.

“It took me a long time to fundamentally, deeply, without a hint of doubt, admit to myself that I am an alcoholic,” Affleck shared. An admittance that is already difficult for a private person, let alone a Hollywood star.

Hopefully, far from the celebrity world, Affleck’s own admissions and regrets will help others in similar circumstances, perhaps even encouraging them to save their marriages before they end.