Pope Francis a bit under the weather; cancels part of his schedule 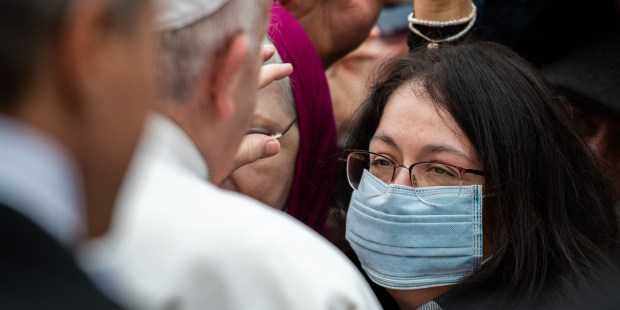 Francis has cancelled part of his schedule for today, February 27, due to what the director of the Vatican press office called a lieve indisposizione, “a slight indisposition,” which is to say, the pope is feeling a bit under the weather. The 83-year-old pope did not go to the Basilica of St. John Lateran to preside over the traditional penitential liturgy for the beginning of Lent, reserved for the clergy of the Diocese of Rome.

“This morning the pope did not go to the Lateran for the penitential liturgy with the Roman clergy, due to a slight indisposition, and preferred to remain in the vicinity of Santa Marta [his residence]; he will carry out his other commitments as usual,” Matteo Bruni, director of the Holy See Press Office, told journalists.

Traditionally, every year at the beginning of Lent, the Bishop of Rome participates in an initial day of reflection, during which the vicar of his diocese, Cardinal Angelo De Donatis, directs a meditation and the priests go to confession. In previous years, the pope has also heard some confessions and concluded the celebration with an address.

Since Bergoglio has ascended to the Chair of Peter, in March 2013, this is only the second time he has cancelled a commitment because of his health. On February 28, 2014, the pope changed his program and suspended a visit to the Major Seminary of Rome for similar reasons.

At the general audience on Wednesday, the pope appeared before the faithful normally and without reservation. In fact, he kissed children, shook hands, and traded his zucchetto with anyone who asked. He looked somewhat tired during the catechesis, but he still fulfilled a busy Ash Wednesday schedule, presiding over the imposition of ashes yesterday at the Basilica of Santa Sabina in Rome.

Avoiding sensationalism, the Vatican spokesman made it clear that the pope’s health is not in danger and that his schedule has only suffered a few changes. In fact, this morning, the Holy Father also presided at Mass at the Casa de Santa Marta, and shortly after received in audience the members of the “Global Catholic Climate Movement,” an organization that collaborates with the Church to promote a greater protection of our “common home,” inspired by the values of the encyclical Laudato sí.

Italy has become the country with the third greatest number of diagnosed coronavirus sufferers in the world: 12 deaths and more than 447 patients. However, there are cases of people who have already overcome the critical stage. “Do not panic. Italian authorities are implementing measures that are in line with the global containment strategy,” Hans Kluge, WHO (World Health Organization) director for Europe, told the press.

Just yesterday, at the end of the general audience, Pope Francis once again expressed his closeness to coronavirus patients and the health care workers who treat them, as well as to the civil authorities and all those who work to assist patients and stop the spread of the disease.

Read more:
Why you should give yourself permission to take an afternoon nap