How Leap Day can bring us closer to God 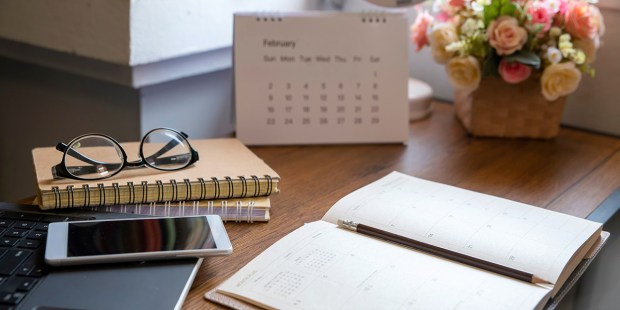 This special day every four years reminds us of God’s dominion over time, creation, and every part of our lives.

No matter how old we get, having an extra day in the month of February always feels special, especially when it falls on a weekend like it does this year. Many people may not realize the Catholic origins of Leap Day, however, and how this day can help us grow closer to God.

In the 1500s, most of the world followed the Julian calendar, used by the Roman Empire and named after Julius Caesar. There was just one problem with this system: The calendar was off from the solar year by about 11 minutes, and over time this added up so much that the calendar date was no longer matching up correctly with the seasons.

Into the breach stepped Pope Gregory XIII, who wanted to fix the calendar so that Easter in particular fell at the right time. After so many years of the Julian calendar, Easter was coming so late in the spring that it no longer fell at the time of year when the early Christians celebrated it.

Pope Gregory worked with a team of astronomers to formulate a new calendar. It was implemented in March of 1582, when he moved up the calendar by 11 days. This Gregorian calendar is the one we still use today. Although the Gregorian calendar year is extremely close to the solar year, it’s still a bit off. But it will take about 3,000 years for this slight difference to add up to an extra day in error, so astronomers have time to figure out a solution!

We can thank the Church for Leap Day and our modern calendar, as we can for so many things—universities, the Bible as we know it, the science of genetics, etc. But when you stop to think about it, the concept of Leap Year is a funny one.

We are trying to map our human understanding of time onto the rhythms of the seasons as God created them, and our best efforts are always a little imprecise. This reality is a reminder that in eternity, where God dwells and where we hope to join him one day, time does not exist.

The truth is that time itself is “a category so elusive that no philosophy has yet determined its nature,” wrote George Woodcock in his The Tyranny of the Clock, and the way we measure and mete it out in our modern world is unprecedented in the history of human civilization:

In no characteristic is existing society in the West so sharply distinguished from the earlier societies, whether of Europe or the East, than in its conception of time. To the ancient Chinese or Greek, to the Arab herdsman or Mexican peon of today, time is represented in the cyclic processes of nature, the alternation of day and night, the passage from season to season. The nomads and farmers measured and still measure their day from sunrise to sunset, and their year in terms of the seedtime and harvest, of the falling leaf and the ice thawing on the lakes and rivers. The farmer worked according to the elements, the craftsman for so long as he felt it necessary to perfect his product. Time was seen in a process of natural change, and men were not concerned in its exact measurement. For this reason civilizations highly developed in other respects had the most primitive means of measuring time, the hour glass with its trickling sand or dripping water, the sundial, useless on a dull day, and the candle or lamp whose unburnt remnant of oil or wax indicated the hours. All these devices were approximate and inexact, and were often rendered unreliable by the weather or the personal laziness of the tender. Nowhere in the ancient or medieval world were more than a tiny minority of men concerned with time in the terms of mathematical exactitude.

Why modern man feels the need to quantify and commodify time is a subject for another day, but even with our disordered obsession with the clock, most of us recognize the incalculable value of carefree timelessness. Time spent without a deadline, without needing to keep an eye on the clock, is a small imitation of the life God intends for us in Heaven.

The amusing novelty of Leap Day is a reminder that human calendars are always a bit imprecise, because measuring time as we do is a human construct. This extra day for fun and rest calls to mind the mystical “eighth day” of creation, meant to symbolize God’s unending life outside of time, a life we are called to share with Him. The concept of the “eighth day” is the reason that traditionally babies were baptized eight days after birth, and that baptismal fonts are so often made in an octagonal shape.

Thus Leap Day is a reminder to us of God’s timelessness. The origins of this day in our modern calendar are Catholic, but in a larger sense, Leap Day and time itself are meaningless from the perspective of Heaven.

The saints used to ponder, “Quid est hoc ad aeternitatem?” — that is, “What is this in light of eternity?” The answer, of course, is that any human trial pales into oblivion when considered from the light of heaven: “For this momentary, light affliction is producing for us an eternal weight of glory far beyond all comparison” (2 Cor 4:17).

Leap Day reminds us that God is outside of time and that we were created to join Him there, in our true home that will last for all eternity. As we celebrate this day, let’s thank Him for His provident dominion over time, creation, and every aspect of our lives.

Read more:
Why you need to start scheduling “carefree timelessness” into your day

Read more:
Lent is the perfect time for this corporal work of mercy