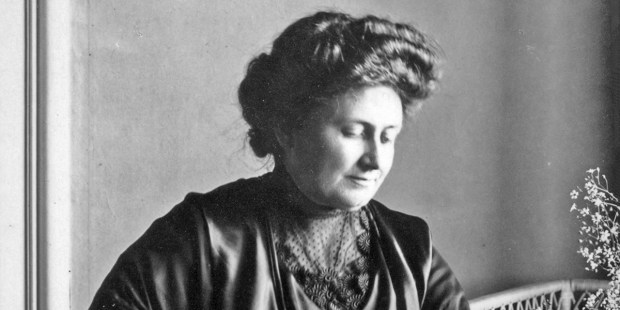 Italian pioneer of education was born 150 years ago this year.

One of the 100 Women of the Year that Time magazine featured in a recent spread commemorating the centennial of women’s suffrage in the United States is Maria Montessori. But perhaps more important than the fact that her face appeared on a newly-designed Time cover, Montessori’s name is spread across schools around the world.

For fans of Montessori’s unique teaching method, 2020 is also a big year: August 31 marks the 150th anniversary of the Italian educational pioneer’s birth.

“Today Montessori education is present in more than 25,000 schools across the world and in more than 140 countries,” says the Association Montessori Internationale, the organization set up by Maria Montessori in 1929 to continue her work.

If her method has helped millions of children excel in life, it was she who set the standard with her own life. Born in Chiaravalle, Italy, she attended a technical school in the hopes of becoming an engineer — at that time a very unusual career path for a woman. But her plans shifted, and she went into medicine instead. Initially, Montessori was refused entry by the head of the school, but apparently Pope Leo XIII interceded on her behalf. In 1896, she became one of the first Italian women to obtain a medical degree.

She joined a research program at the Psychiatric Clinic of the University of Rome, working with mentally ill children. Through her in-depth research, observation and analysis, Montessori developed a pedagogical approach that resulted in incredible outcomes for these children. At just 28, she addressed medical and pedagogical congresses, advocating for greater support for children with such difficulties and putting forward the controversial notion of education for social reform.

But she discovered that her techniques were applicable for use with all children, not just the mentally impaired. She established her first “Casa dei Bambini” (children’s house) in Rome in 1907 and delivered her first training course in 1909. The success of the Montessori method spread throughout the world and Montessori traveled and lectured extensively on her unique child-centered approach, establishing schools and a loyal following of educators and researchers.

In 1942, she explained how the first Casa dei Bambini came about. She had been asked to oversee a group of children in a poor and crime- and disease-infested section of Rome that was being rehabilitated. The authorities expected her merely to supervise the children while their parents worked, but she determined to see that they get an education.

She noted that the school was founded on the feast of the Nativity, January 6, 1907. “Throughout Italy the 6th of January is looked upon as the day of feast for the children. It was on this day that the three Kings arrived before the Child Christ and offered him their gifts.,” she said. “I had been asked to make a speech for the occasion. Earlier that day, … I had read the lesson in my Mass book. When I made my speech I read it as an omen for the work to follow.”

“Arise, be enlightened, O Jerusalem; for thy light is come, and the glory of the Lord is risen upon thee, For behold darkness shall cover the earth, and a mist the people; but the Lord shall arise upon thee, and His glory shall be seen upon thee. And the Gentiles shall walk in thy light, and kings in the brightness of thy rising. Lift up thy eyes round about, and see; all these are gathered together, they are come to thee: thy sons shall come from afar, and thy daughters shall rise up at thy side. Then shalt thou see, and abound and thy heart shall wonder and be enlarged, when the multitude of the sea shall be converted to thee, the strength of the Gentiles shall come to thee. The multitude of camels shall cover thee, the dromedaries of Madian and Epha; all they from Saba shall come, bringing gold and frankincense, and showing forth praise to the Lord.”

“I don’t know what came over me but I had a vision and, inspired by it, I was enflamed and said that this work we were undertaking would prove to be very important and that some day people would come from all parts to see it,” she said.

An online biography says she put many different activities and other materials into the children’s environment but kept only those that engaged them. “What Montessori came to realize was that children who were placed in an environment where activities were designed to support their natural development had the power to educate themselves. She was later to refer to this as auto-education,” the biography says.

As Calah Alexander described it in a 2017 article on this website, Montessori education is predicated upon the fundamental understanding that children are not empty vessels to be filled, but creatures of God who need guidance and care. As Montessori put it, “We must not just see the child, but God in him. We must respect the laws of creation in him.”

Montessori referred to education as a “help for the formation of man.”

“I believe that this critical time urgently requires individuals whose personalities will be morally strong and well-balanced,” she said in a 1936 interview in the Netherlands. “It is necessary to protect ‘the man’ within the child.”

Her books include La Vita in Cristo (Rome) and The Mass Explained to Children (London).

She died in 1952 in the Netherlands and is buried at the local Catholic cemetery. In the following decade, two of her disciples, Sofia Cavalleti and Gianna Gobbi, developed a specific catechetical program for children based on Montessori’s work and writings, called The Catechesis of the Good Shepherd.