“He was my father, not a number,” says daughter of first coronavirus fatality in Italy 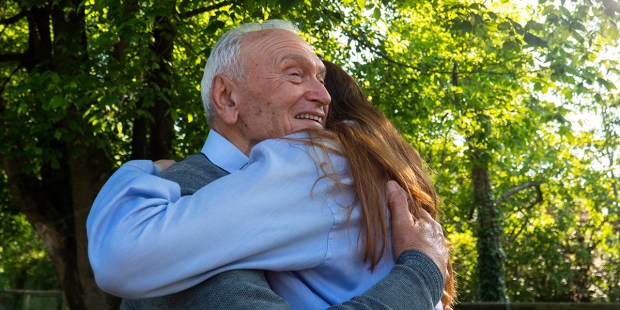 In times of illness, we must remember that people are at the center.

The daughter of an elderly man who was the first patient to die of the coronavirus (COVID-19) in Italy is speaking out about her grief. Her family’s private sorrow is being overshadowed in the public eye by the intrusiveness of the novel coronavirus, which is constantly in the news.

Vanessa’s testimony, however, is key to everything. Why are we so afraid of this epidemic? Because it is pervasive and can take away those we love. If we are afraid, and at times act thoughtlessly, we must take advantage of this situation to ask ourselves about the three things that really matter in life: What was I born to do? Where do I go after this life? What about the ones I love?

Who was Adriano Trevisan before he was the first Italian coronavirus victim?

The 78-year-old from the northern Italian town of Vo’ Euganeo died after 10 days of hospitalization—not even with enough time to transfer him to better equipped facilities, the local governor reported. When he passed away, the Padua Public Prosecutor’s Office opened an investigation to determine the protocols and containment measures.

In the meantime, though, his story must return to its proper place, that of sorrow and the tears of those who loved him, of memories and prayers. He was the father of three children, including Vanessa, now 45 years old, and a former mayor of Vo’—a town of about 3,300 souls, who live in fear under the shadow of this deadly illness.

He was my father, he was the grandfather of “the little girl”

“A cheerful lion at 78, he was self-sufficient—he drove his car and went out alone. Nobody in the village called him Adriano; for everyone he was ‘the Moor’ because of his dark complexion. When he was young he started a construction company with four friends and dozens of employees. He built half the province of Padua. Passionate about opera music, he went to the Verona Arena to see concerts.” (Repubblica)

He loved playing cards at the bar with friends. His passion was fishing, and he talked about politics. He didn’t go to church, and travel was  not on his list of pleasant things to do: “Just think—when we were asked at the hospital if he’d been abroad recently, my mother said he hadn’t even taken her on a honeymoon.”

He and his daughter also used to argue heatedly, especially about politics. The one thing that tamed his character was little Nicole, Vanessa’s now-13-year-old daughter:

“He called her ‘the little girl,’ ‘eapiccoa’ in Venetian dialect. Before Nicole, I was his eapiccoa. We’re a very close family. I would like my father to be remembered for how he lived, not how he died.”

He was elderly, yes, but when someone dies, that person is still a dad, a husband, a grandpa, someone’s friend. Even the most abandoned among us is never forgotten by God, who is more devoted to us than the most devoted of mothers.

Not even those who have forgotten God for most of their earthly days are forsaken by Him. What can any of us know about the conscience of the deceased, the battle in his soul, the supernatural help he may have received?

What makes Vanessa’s sorrow that much heavier is that her beloved father is looked upon as a “case,” labeled “the number one victim,” and that’s it. The richness of each individual soul is impossible to demonstrate but evident to each one of us from our own experience. There is no measure of how precious we are.

“That he has become a statistic. ‘The number one victim of the coronavirus.’ Then there was number two, three, four … and people said: ‘but he was old,’ as if his age should ease the pain I feel, as if his disappearance were less important …”

Mr. Trevisan’s general condition, his daughter remembers, was made precarious by pre-existing conditions, especially ones affecting his cardiovascular system, so while it’s true that the coronavirus killed him, there was the aggravating factor of his general physical weakness.

It does us good to come face-to-face with his daughter’s outrage. We must not forget, not even in the days of the coronavirus, that people are at the center, with their priceless value, their personal history, which is ordinary but very precious—for those who loved them, and above all from the point of view of eternity.

Nobody is just a number. Nobody can replace anyone else. None of us is ever defined by our illness, or the circumstances of our death—which is an evil but no longer a definitive one, since Christ conquered it!

Read more:
The death of Bre Payton and my embrace of the Cross