The Catholic physician who pioneered hand-washing to combat contagion

The man who pioneered the movement, Dr. Ignaz Semmelweis, was actually persecuted for his breakthrough discovery to the point of his untimely death.

While it’s hard to imagine a time when hand-washing was optional (even among surgeons), such days are actually quite recent in our recorded human history.

“Sing ‘Happy Birthday’ at the sink,” my friend chimed recently as I was lathering up. And with the threat of a potential epidemic making headlines, I sang the song twice. Actually, hearing someone say “wash your hands” in this present climate feels almost like a modern-day blessing, so it’s baffling and sad to think that the man who pioneered the movement, Dr. Ignaz Semmelweis, was actually persecuted for his breakthrough discovery to the point of his untimely death.

Read more:
Yes, there’s actually a St. Corona! And her remains are in Northern Italy

It all began in 1847, when the Hungarian born Semmelweis was working in Vienna and conducted a body of research that resulted in the instituting of mandatory hand-washing in hospitals. While his prior medical research focused on combating infanticide, a practice common among prostitutes in his day, he branched off into the study of childbed (or “puerperal”) fever in maternity wards.

Semmelweis’ ground-breaking moment came when he noticed that there were a strikingly higher death rates in one particular delivery ward staffed by doctors and students as opposed to another delivery ward nearby staffed only by midwives. After a thorough examination of practices in both wards, he correlated the maternal deaths with the students who had performed autopsies on cadavers immediately prior to delivering babies. After demanding a strict policy of hand-washing between leaving the cadaver lab and heading to the maternity ward, mortality rates dropped 10- to 20-fold within 3 months, proving that the transfer of disease could be dramatically reduced by this simple practice.

While one would expect Semmelweis’ breakthrough would be met with praise, it was not. Many of his colleagues disagreed with the doctor’s conclusions and recoiled at having parameters set on their work. They criticized Semmelweis’ work as unscientific and claimed his Catholic Faith was to blame for his “superstitions” about hand-washing.  Hospitals complained of the costs of providing a sanitary environment, and Semmelweis quickly found himself ostracized from professional circles.

Time went by, and the hospitals where he instituted change reverted to their old unsanitary practices. Semmelweis became so agitated at the climbing maternal death rate, some say he went mad. But rather than pay attention to his findings and re-institute hand-washing, Semmelweis’ colleagues silenced him by throwing him into an insane asylum.

One hopes at this point that Semmelweis’ Catholicism, a faith rich with stories of saints and martyrs who stood up for the truth at all costs, gave him comfort in his last days when he died of sepsis (the same thing as puerperal fever, only in his case the bacterial poisoning was unrelated to childbirth) – the disease he fought to cure. And while there is no diary entry or quote pointing to such a reality about the baptized Semmelweis, his life itself, his day-to-day work of fighting for “the least of these” is a testimony of mercy and an inspiration through the ages.

Make sure to visit the slideshow below to discover ten  patron saints for professional careers, medicine included. 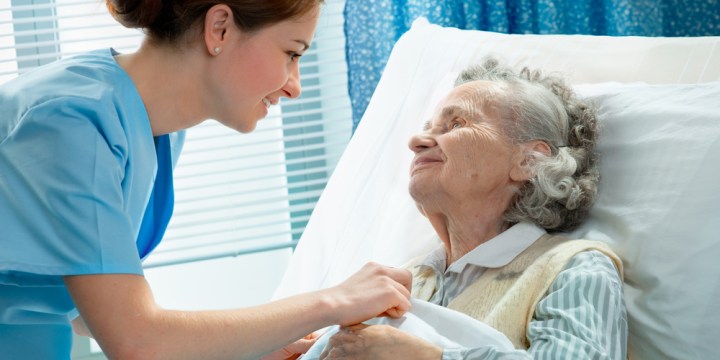