How fatherhood changed my views of masculinity 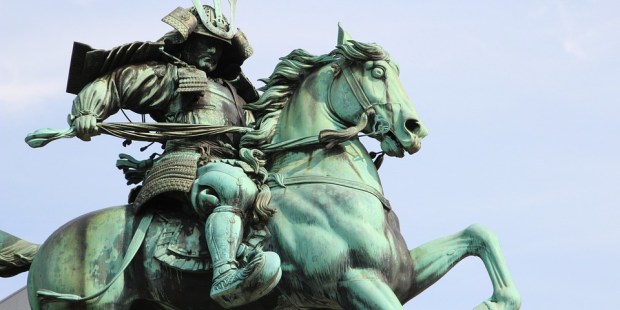 It’s not what I thought it was — it’s much grander.

From the moment my first child emerged from the womb and began to cry, my brain changed. The change inside of me didn’t register right away because the birth, as with most births, started slow. There was the long waiting period or pregnancy, more than nine months for both my child and me to quietly grow, until one day she announced her impending arrival on a snowy morning with the first contraction. Even those were languid, and my wife walked around the house and distracted herself with breakfast until the waves of contractions built up to a tidal wave of frenzied activity and the sudden, somehow surprising, appearance of my daughter as she made her way into this world.

At first it didn’t seem real. I sat there in disbelief as mother and daughter immediately bonded and the atmosphere went from full-on chaos to a serene pastoral scene of domestic bliss. I rushed out to get mother a celebratory meal, the most expensive steak I could find at the restaurant down the street. My entire role in the birth story was watching, worrying, feeling helpless, and then triumphantly hatching the idea of bringing lots of food.

But that little baby reached out and flipped a switch in my mind and suddenly I was a father. I’m not sure how to explain it, but somehow, all my life, I had wanted that child. When the next one arrived, same feeling. And the next one, and so on. We know that mothers are vital to the development of their children. No one can replace a mother. It’s equally true, though, that no one can replace a father.

Our daughter kicked my wife in the belly for nine months, after that, she kicked me in the back all night every night until we managed to move her to a crib. In order to put off bedtime for as long as possible, we created a little game. We gleefully and incoherently shouted 1-2-3! and then she log rolled off me and onto the bed, a highly daring move for a one-year old (One time, she log-rolled right off the bed and hit her head. Don’t tell her mother). My masculinity, which I previously expressed through aggressive contact sports and grunts, quietly transformed into baby games, cuddles, and giggles.

One thing I’ve learned about fatherhood is that it’s jam-packed with nostalgia, sentiment, and tender emotions. As a man, I’ve always wanted to be a warrior-poet, to embark on a great, heroic journey like a knight of King Arthur’s Round Table or an ancient Greek standing in the pass at Thermopylae ready to do battle. Both the knight and the Greek would then write a poem full of beauty and vulnerability about their experience. Fatherhood has finally made me into that warrior-poet. There is nothing I would fight for more fiercely than to protect my children and make this the best possible world for them to grow up in. They have also brought out all of the tenderness and nurturing instincts in me, an unabashed longing to express my interior life.

Masculinity is complex, carrying within it an array of overlapping attributes. Fatherhood seems to bring these out in a particular way. I’ve found this to be true not just of men who themselves have become biological fathers but also when young men encounter and are shaped by fathers. As a priest, I see it all the time with the young men who desire to serve at the altar or join the schola and sing. In doing so, these men are participating in the height of masculinity, placing themselves as warrior-poets in service of a higher ideal, in this case quite literally a Heavenly Father. As they do this, they move about the sanctuary with military precision, sing ancient psalms, and kneel in quiet devotion. As a priest who exercises a spiritual fatherhood, I find it particularly affecting – it is men being men. Nothing is more lovely, nothing more manly, than a group of men chanting a tender hymn to the Blessed Mother. They remind me of St. Ignatius, a brave, powerful warrior who placed his sword at the altar of Mary and swore his undying fealty to her.

These are men who, through the experience of fatherhood, have learned to be strong enough to be vulnerable, masculine enough to seek unabashed beauty, and dedicated enough to put themselves in the service of those they love. Fatherhood has revealed to me that masculinity is not at all what I thought it was. It has changed me forever to the very core of my being.

Read more:
What ‘Little Women’ can teach us about masculinity

Read more:
9 Gifts for new dads that honor their fatherhood