Study confirms the effects of miscarriage that mothers have always known 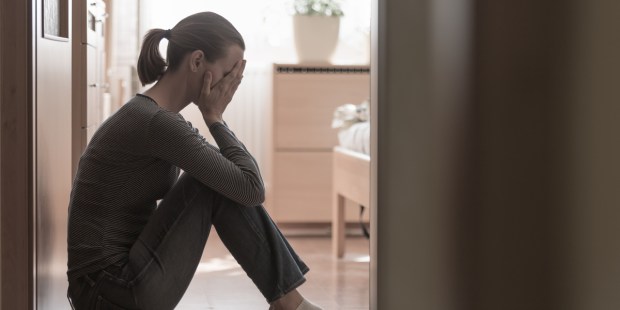 The grief and mourning that follow a miscarriage are all too real, and a new study confirms the gravity of these early losses.

Those who have gone through the agony of miscarriage don’t need a scientific study to demonstrate what their painful and often silent experience has already confirmed. Those who have lost a baby in the womb, at any gestational age, know how many physical and psychological consequences miscarriage brings with it. They know how difficult it is to process a grief often without form, with a barely whispered name and an imagined face.

Miscarriage can happen even in the third trimester, when pregnant mothers tend to breath a sigh of relief; the time when the scariest thought from the first months of pregnancy—the possibility of miscarriage—leaves us, making room for childbirth and sweeter thoughts of a long-awaited snuggle or a nursery to decorate.

So sometimes we mothers hurry to hide the pain of this loss behind phrases like, “At least it happened now instead of later,” or “The doctors say it’s very common.” In the end, each woman manages the sorrow in her own way.

Each looks for reasons to go on, and to be strong, even in the face of a society that tells us it’s not a “real” life or loss until the baby is born. The truth is that no life can be quickly whisked away or replaced with another. Each life has its own history and its own time to be loved, whether it lasted a few months or a few days.

You also need time to mourn that life, and the space left in your heart that will belong to that child forever. So no mother will be surprised by the results of the scientific study published December 13, 2019, in the American Journal of Obstetrics and Gynecology (AJOG), conducted with the participation of 537 women affected by miscarriage—of which 116 had ectopic pregnancies.

The study confirms that yes, mothers have the right to “feel bad,” to go through a true process of mourning, to shed tears, to take time. They have the right not to feel embarrassed, and not to have to file this away as soon as possible, even in the face of inappropriate and insensitive statements of those around them.

I’d like to say a word to those who find themselves trying to comfort a mother who has lost her child, and who think that helping her to “forget,” to make room for something new as quickly as possible, is the best approach. Perhaps we are failing to recognize, and not just from a scientific point of view, the real and measurable effects of a miscarriage.

This failure is partly because we are immersed in a culture that denies the value of life in the womb. At the very least, there is a cognitive dissonance in weeping and mourning for an unborn child (as we should) and at the same time denying this same human dignity and right to life to some other child in the womb.

The study shows that post-traumatic stress symptoms are present in almost a third of women one month after the loss, and persist in almost 20% even after nine months. On top of this, about 25% of women suffered from moderate to severe anxiety after one month, which persisted longer in more than 15% of cases. One in 10 women suffered from moderate to severe depression after one month, and one in five did after nine months. These symptoms were even more frequent in women affected who had ectopic pregnancies.

The researchers argue for the need to give adequate support to mothers who have had a miscarriage, because support and psychological assistance often arrive too little and too late, addressing the issue with a lack of sensitivity, including from family members. Miscarriages are more common than many people think, and we need to talk about them in order to educate everyone about how to face this loss.

Even if we never had the chance to see the baby’s face, or to hold him or her, their life cannot be categorized simply as something that “never came to be,” because a lot did in fact come to be: amazement, desire, and joy, but also fear, anxiety, and questions, as is normal when a woman discovers she’s pregnant. All of this cannot be replaced or erased.

Now, even if there wasn’t any need for it in the eyes of bereaved mothers, there is finally scientific confirmation that women who have lost a child during pregnancy are entitled to that mourning.

Read more:
Having a miscarriage doesn’t make you less of a mother

Read more:
How to cope with the fear of losing another baby after miscarriage