Catholics around the country keep the Lord’s Day holy, even as Masses are suspended 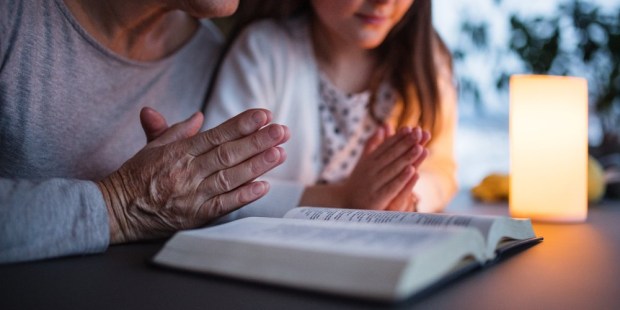 Pastors and parishioners grapple with new reality of liturgies without congregations and prayer at home without Eucharist.

Although the Church teaches that to deliberately miss Mass on Sundays and holy days of obligation is a mortal sin, in a time of a public health crisis exceptions can be made. Bishops began issuing general dispensations from that obligation when the COVID-19 pandemic began taking a toll, but allowed public Masses to continue. As public officials began curtailing large gatherings of people in an attempt to slow the spread of the virus, the Archdioceses of Seattle, New York, Boston, Chicago, Cincinnati and Atlanta, along with several smaller dioceses, issued directives to halt public Mass celebrations.

It’s probably impossible for anyone living today to remember the last time the public celebration of the Catholic Mass was suspended in the United States. It might have been over 100 years ago, during the Spanish flu epidemic of 1918. So when hundreds of thousands of Catholics living in several dioceses and archdioceses heard the news that their bishops had suspended any public Masses for this past weekend, it’s understandable that they might have been at a loss about what to do.

“When I first heard the announcement, it made me sick to my stomach, since Mass is such a major part of my life,” said Mark Carey, a Catholic living in Quincy, Massachusetts. “But I understood why Cardinal O’Malley did it, and I support my cardinal.”

Carey was able to attend a private Mass in a small chapel of a convent. He’s not sure that will be possible next week or in the coming weeks. But as a leader of a Catholic men’s group in the parish of Sacred Heart in North Quincy, he is thinking of ways to help others, not just his family, get spiritual nourishment in spite of the lack of public Masses and the reception of the Eucharist.

“I think we have to come up with some creative ways, whether it’s a Eucharistic procession, getting back in front of the Blessed Sacrament, or people coming throughout the week to go to church,” said Carey, who works as media director in the mayor’s office in Quincy.

He’s confident that the desire is there for what the Church can offer at this time. He attended one of the last public Masses that was allowed in the Archdiocese of Boston on Saturday morning, and he found the church “almost packed,” which is unusual for a Saturday morning.

One difference between 2020 and 1918, of course, is that people can watch televised and live-streamed Masses. Most, if not all, of the dioceses that announced suspension of public Masses are providing transmission of Masses from their cathedrals.

“I insisted that everyone in the house get up and get dressed and assemble for Mass,” said Dr. Lisa Marrero, referring to her husband and their two teenage daughters Sunday morning. Marrero is a pediatrician who lives in Westchester County, New York, and works in New Rochelle, a suburb of New York City that saw an early cluster of COVID-19 cases. “We watched the [New York] Archdiocese’s online Mass from St. Patrick’s Cathedral, with Cardinal [Timothy] Dolan celebrating it,” she said. “We engaged in all the usual postures and responses.”

She and her family were on a vacation in Italy just three weeks ago, as that country started seeing more and more cases of COVID-19. One stop they made was the church where St. Aloysius Gonzaga is buried, and Marrero remembers taking a picture of his tomb. Now, the family is saying a daily prayer for the saint’s intercession because of his own history with epidemics. He died while tending to victims of a plague outbreak in Rome in the late 16th century.

Meanwhile, in the Basilica of the Assumption in Baltimore, “people were in tears” on Sunday because they could not receive the Eucharist and had no idea when things would be getting back to normal, said Fr. James Boric, rector. Fr. Boric opened the historic church for most of the day, except for times when he and other priests offered private Masses. He set aside three hours for public adoration of the Blessed Sacrament, however, which was well attended by people who just wanted to come in and pray. The church is large, so people were able to keep a safe distance from one another. Fr. Boric also offered the sacrament of Confession and said he heard confessions “for quite a while.”

Mary Hallan Fiorito was home in Chicago on Sunday morning. Her husband drove to the University of Notre Dame to attend Mass, and Fiorito, the Cardinal Francis George Fellow at the Ethics and Public Policy Center, knew of other Chicagoans who drove to nearby dioceses or attended Eastern Catholic churches where liturgies were still allowed.

“People are very serious about their obligation and their reception of the Eucharist, at least on a Sunday,” said Fiorito, who is also a fellow at the deNicola Center for Ethics and Culture at the University of Notre Dame. “It’s a very important part of a lot of people’s lives. The Church teaches that it’s source and summit, and if they can do it, they’ll do it, even if it’s a little inconvenient.”

She herself felt it was important to stay home with the couple’s three daughters, who range in age from 12 to 18. The oldest had just had a harrowing trip home from college in Oregon and needed sleep. When the kids finally got up, Fiorito led them in Morning Prayer and a reading of the Scriptures from Mass that day. The Archdiocese of Chicago had its Mass live-streamed online, but Fiorito doesn’t find watching Mass on a laptop screen “a particularly prayerful experience.”

“As far as I am aware, there is no obligation to watch a recorded Mass, even if one is ill or cannot otherwise attend Sunday Mass,” she said. “We much prefer reading the scriptures from the Mass of the day and then listening to Bishop Robert Barron’s weekly homily reflection.” Nonetheless, lack of Mass made the day “feel a little vacant.”

Fiorito talked to her daughters about how to make a spiritual Communion when you cannot receive the Eucharist, as well as the fact that not only are people being dispensed of their obligation to attend Mass if they are ill, but also that staying home is the right thing to do, so as not to put other people’s health at risk.

She also said she was happy to see some dioceses reminding people in their statements that although the Sunday Mass obligation might be dispensed, Catholics “still have an obligation to keep the Lord’s day a day of rest — even for your own sake — to try to find quiet time with the Lord, especially now during Lent, and perhaps do an act of charity.” She herself visited a neighbor who recently lost her husband.

Apparently, there were quite a few people looking to do acts of charity. Fr. Mike McGovern, pastor of St. Raphael the Archangel in Old Mill Creek, Illinois, said he was “very touched” that at least 10 of his parishioners contacted him to see if he needed anything. “Did I need food, did I need supplies of any sort?” Fr. McGovern related. “And several people called asking if they could be of help to anyone in the community who was isolated that needed a visitor or to bring groceries. We compiled a list of people who made that offer, and can begin to think about people who might need assistance — perhaps people who are single, elderly, who have no children of their own.”

He said that on Sunday, he kept the church open for people to come in and pray and pick up spiritual books they might find useful at home. At a time when no one could enter the church, however, he celebrated a private Mass, offering it for the spiritual good of the people of the parish.

“I think it’s good for people to know that Mass is taking place daily in our church, even if there’s not a congregation,” he said.

The Gospel reading for Sunday was about Christ’s encounter with a Samaritan woman at a well. Jesus tells her that he can give her “living water,” and she comes to recognize him as the Messiah.

“It drove home the point, at least to me, that Christ promises living water,” Fr. McGovern said. People are thirsting for God. They want to live with God, and Christ is the one who quenches our thirst. Just because for health reasons, we cannot be together today, we’re united together spiritually, and Christ is the one who provides that living water of the Holy Spirit to strengthen us.

“So I think the Holy Spirit worked through the circumstances we’re going through to help me to hear that Gospel reading in a different way,” he said.