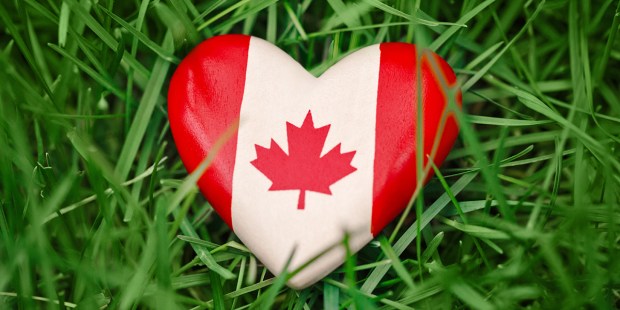 One charitable Facebook group has inspired thousands to unite for physical and psychological support.

Residents of Canada’s major cities are uniting under a new term, “caremongering,” to ensure that those who need aid receive it in upcoming months. The term came about in opposition to “scaremongering,” the act of spreading ominous stories to instill fear (often for personal gain), which has been prevalent in the wake of COVID-19.

BBC reports that the effort arose through social media groups where folks in need can make requests, while those with plenty of resources can make offers. The first such group was started by Mita Hans and Valentina Harper, two residents of Toronto who wanted to bring the community together. Valentina told BBC:

“Scaremongering is a big problem. We wanted to switch that around and get people to connect on a positive level, to connect with each other … It’s spread the opposite of panic in people, brought out community and camaraderie, and allowed us to tackle the needs of those who are at-risk all the time — now more than ever.”

Harper went on to note that they were not expecting the massive positive feedback from their new campaign of hope and charity. Be that as it may, now their solitary Facebook group has spread as fast as the coronavirus, with more than 35 such groups sprouting up nearly overnight. These groups, which Hans and Harper had once hoped to get a just few dozen people engaged, now comprise some 30,000 members across the North American country.

The websites now stand as a testament to humanitarian aid and our propensity for goodwill in troubling times. These examples include a single mother who was provided food for her baby, a group of cooks who prepare food for the disabled, and much more.

Although the donations and requests are the biggest draw of the “caremongers,” they also support each other through conversations in forums. This show of moral and mental support is nearly as important as the physical necessities. One member, Rhia Rave Fae, said:

“It’s easy to feel alone and powerless,” she said, “especially if you’re isolated. Being able to offer people emotional support, share information, and even just swap ideas of how to pass the time has been life-changing. This group shows the good in people, and proves we can do amazing things when we come together.”

Harper noted that this emotional support was just what she and Hans hoped for when they began the trending group. She said:

“Anxiety, isolation and lack of hope affects you. In providing this virtual community which allows people to help each other, I think it is really showing people there is still hope for humanity. We haven’t lost our hope.”