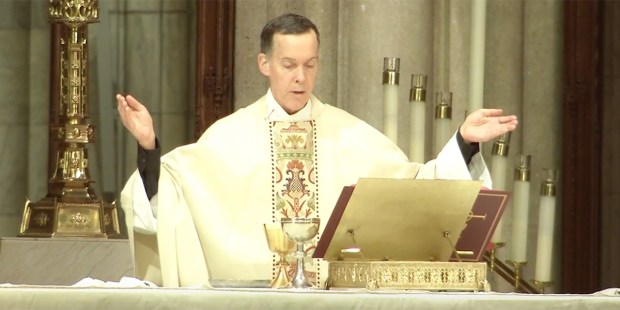 Check out these websites to participate in the Mass while at home.

Being stuck at home on a Sunday can be a difficult cross to bear, but thankfully in this modern age there are plenty of opportunities to participate in Mass, at least online.

Read more:
Sacrificing the Mass: Under the coronavirus outbreak, it’s our duty to stay home

Many parishes and dioceses have begun streaming their Masses online, so before checking out the places below, you may want to contact your local parish priest.

Here is a quick selection of websites to visit, where you can watch the Mass on your computer or streaming device.

If you want to participate in either daily or Sunday Mass with Pope Francis, it is available for online viewing on YouTube, or on the Vatican News website.

The Eternal Word Television Network broadcasts their Mass on cable television, YouTube, and they also have a Roku app. Mass is typically offered by members of the Franciscan Missionaries of the Eternal Word, though they also cover Masses by Pope Francis as well.

An apostolate of the Passionists of the St. Paul of the Cross Province, The Sunday Mass is available online at the website and is also broadcast on a number of cable networks in the United States.

For those who normally attend a Byzantine Divine Liturgy, St. Stephen Byzantine Catholic Cathedral in Phoenix, Arizona has a website with both live streams and past recordings.