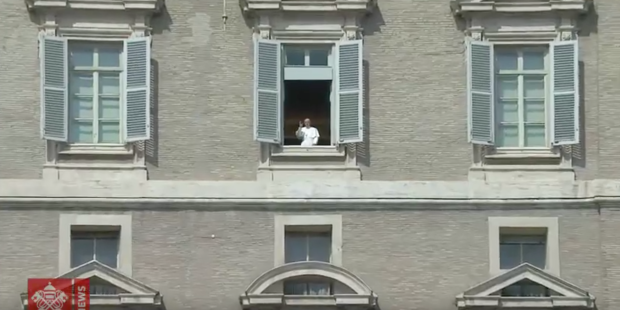 Pope offers Sunday Mass for those who are dying, especially those dying alone.

Pope Francis began Sunday Mass on March 22 by expressing this prayer intention: “In these days we’re hearing the news of so many people who are dying… dying alone, without being able to say goodbye to their loved ones.”

Let’s think about them and pray for them. For families as well, who cannot accompany their loved ones on that journey. We pray in a special way for the dying and for their families.

His reflection on the Readings for the Mass focused on a text from St. Augustine, about how the grace of God passes by, and we have to take advantage of it before it’s gone. This is linked to the very first line of the day’s Gospel: “As Jesus passed by he saw a man blind from birth.”

Pope Francis said that in Jesus’ presence, “the true sentiments of the heart come forth. Our true attitudes come out. This is a grace. Because of this, St. Augustine was afraid to let Him pass by without realizing it.”

When Jesus passes by, He heals the blind man and creates a “scandal.” “It brings out both the best and the worst in people,” the pope remarked

The blind man’s wisdom in how he responds is astonishing. He was used to moving around with his hands. He could sniff danger. He sensed anything that was dangerous and might make him slip. He moved around like a blind person. His arguments are clear and precise. He even uses irony.

But on the contrary, Jesus’ action brought out the worst in the doctors of the law.

They knew all of the laws, every single one of them. But they were fixated there. They didn’t understand when God was passing by. They were rigid, attached to their customs. Jesus Himself says so in the Gospel…. And so, in order to preserve these customs, committing an injustice wasn’t a problem because their customs said that [what Jesus had done] was not just. That rigidity led them to commit an injustice.

Pope Francis concluded his homily with the invitation to “pick up the Gospel today… and read [Chapter 9 of John] calmly at home, one or two times, in order to really understand what happens when Jesus passes by.”

May it provoke our sentiments to come out so we might understand well what Saint Augustine tells us, ‘I’m afraid when the Lord passes, because He might pass by and I may not recognize it and convert myself.’

Some hours later, before praying the midday Angelus, the pope again urged a meditative reading of Chapter 9 of the Gospel of John.

“Don’t forget: today, take the Gospel and read John’s ninth chapter slowly and repeatedly. I will too. It will do us all good.”

In his Angelus address, Pope Francis reflected on the theme of the light that the blind man comes to see.

His path of illumination is a metaphor for the path of liberation from sin that we are called to. Sin is like a dark veil that covers our faces and keeps us from clearly seeing ourselves or the world. The forgiveness of the Lord takes away this cloak of shadows and darkness, and gives us again the light.

The pope explained how for the early Christians, the moon was a metaphor of the light we’re called to accept and give.

The first Christians, the theologians of the first centuries, said that the community of Christians, that is, the Church, was like the “mystery of the moon,” because they gave light, but not their own light. It was the light received from Christ. We too must be like the “mystery of the moon”: to give the light received from the sun, which is Christ, the Lord.

St. Paul reminds us today: “Live as children of light, for light produces every kind of goodness, and righteousness and truth.”