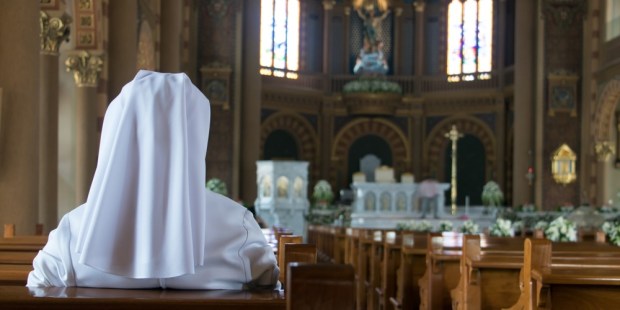 Six nuns from the Little Missionary Sisters of Charity have died due to complications caused by the coronavirus. The outbreak centered on their mother house, in the Northern Italian region of Tortona, where nearly half of the 40 nuns in residence have tested positive for the novel virus.

Courtney Mares, of Catholic News Agency, reports that the building was evacuated by the Red Cross, at which time 19 of their number were hospitalized and more were sent to quarantine at a different location. In the two weeks since this action, six of their oldest sisters have died.

In an interview with Vatican News, Sister Gabriella Perazzi, of the Little Missionary Sisters of Charity, made a statement:

“At this moment we share the lives of many people, who throughout Italy and all over the world, experience this fragility in the face of something that comes and upsets the life of a family, like that of a religious community,” she said. “I believe that the Lord calls us today to serve here, in this precariousness.”

Sister Gabriella noted that there were another six elderly nuns who could not be moved from the mother house. She and one younger nun have stayed behind to tend to their other, preexisting medical needs. Sr. Gabriella explained that the mother house serves as a place of retirement for sisters who have spent their life in service of their mission.

CNA also listed the names of the deceased Little Missionary Sisters of Charity:

Four of the infected sisters have been discharged from the hospital, with nine remaining hospitalized for treatment.

The coronavirus has hit many religious communities in Italy, with reports of nearly 60 infected nuns between just two Roman convents. It is believed that COVID-19 spreads so readily through religious houses because of the close-knit nature of these communities. In Italy, where over 10,000 have succumbed to this dangerous disease, it is estimated that they have lost nearly 80 priests.