12 Great kids’ movies you can watch on FORMED (for free!) 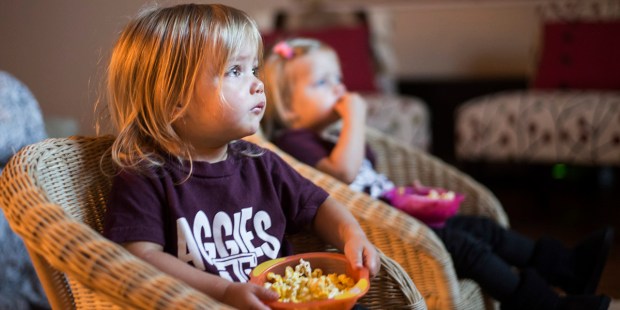 Kids can learn about the faith through great role models, while you get a little time to yourself!

Perhaps the best way children learn is by engaging with a good story, and these movies certainly deliver. Each short film tells the story of a famous saint. Not only will kids learn about the faith, but they’ll gain lasting role models, too.

These films can all be viewed on FORMED. FORMED is a beloved resource for many Catholics, with thousands of movies, programs, audio, and books available for on-demand streaming, and luckily for all of us, right now its content is free for 40 days in response to the coronavirus pandemic.

Note: All of these films except #12 (Brother Francis) are recommended for children over age 6, as many of the saints underwent serious suffering and persecution that may be upsetting to younger viewers.

1
Francis: The Knight of Assisi

A brave knight, a fierce wolf, and many more exciting characters make this film unforgettable. Hopefully children will be inspired to take up St. Francis’s mission to “rebuild the Church” through holiness and service to others.

2
Nicholas: The Boy Who Became Santa

The real St. Nicholas survived intense persecution and many years in prison for his faith. His story is even more inspiring than the Santa Claus legends that have sprung up since his death.

3
Bernadette: The Princess of Lourdes

St. Bernadette faced much mocking and disbelief when she first shared her apparitions of Our Lady, but in time, the entire Church was convinced of the truth of her visions. Kids can learn about this brave young girl, and grow closer to Our Lady too.

St. Patrick is still loved and revered around the world more than 1,550 years after his death. This film introduces kids to this heroic man, and invites them to join in his mission of evangelization.

From his college friendship with St. Ignatius of Loyola to his years of missionary work in Asia, this film captures the highlights of a bold and adventurous life. St. Francis Xavier’s example can inspire the next generation of young Catholics.

Our Lady of Guadalupe is a beloved patron for so many, and the story of her apparitions to St. Juan Diego is captured here in a kid-friendly format.

7
The Day the Sun Danced

Lucia and her cousins St. Jacinta and St. Francisco faced harsh criticism when they first told people about their visions of Our Lady at Fatima, but their courage and perseverance is an example to kids everywhere.

8
The Story of Saint Augustine

Perhaps the most famous conversion of all time, St. Augustine’s life story is timeless, relatable to people all over the world. Now kids can get to know the extraordinary story of this brilliant theologian.

9
The Story of Saint Perpetua

The calm trust with which brave St. Perpetua faced her cruel martyrdom is an encouragement to all of us to be steadfast in the face of trials. Her example is one your kids can call on for strength.

10
The Story of Saint Patrick

Another St. Patrick movie, but his story is so compelling, it’s worth another retelling. This version is aimed at a slightly older audience.

Sharing the story of Mother Teresa with your children is especially meaningful because most of us parents remember when she was alive. This incredible modern-day saint is a hero to generations of Catholics, and your kids will love learning about her life too.

For the littlest kids, turn on these sweet and thoughtful episodes in which a friendly monk, Brother Francis, explains different parts of our faith, like the Rosary, Baptism, and the Mass. Watching this show is a great way to get the youngest Catholics engaged and interested in practicing the faith!