The island where St. Francis took refuge to reflect 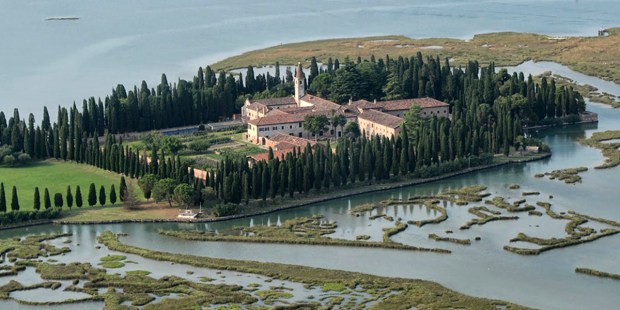 The beloved saint shows us that forced periods of isolation from society can be turned into spiritual experiences of contemplation, prayer and reflection.

Restrictions due to the coronavirus pandemic are challenging for many of us. But forced periods of isolation from society can be turned into spiritual experiences of contemplation, prayer and reflection. Even St. Francis of Assissi, at the height of his mission, found time for a retreat from the world in seek of reflection and meditation.

Born in 1181 in Italy, St. Francis of Assisi is one of the most beloved Catholic saints of all times. Yet, not many of us may know that he reached a point in his life where he had to temporarily retreat from his success as a preacher and seek solitude, prayer and reflection. In the 1220s, St. Francis took a trip to the Holy Land, where Crusaders were fighting Muslim troops. There he met with the Sultan of Egypt, Malek-el-Kamel, to discuss interfaith conflict and the shared search for peace. This meeting has been looked upon as an example of interfaith dialogue to this day. When Francis returned to Venice, after a months-long sea journey aboard a cargo ship, he was at the height of his fame as a preacher. Thousands were inspired by his invitation to give up worldly possessions and live a life of penance, brotherly love, and peace.

Upon his arrival in Venice, hundreds of believers were gathered to meet him. But Francis realized he first needed a moment of quiet, reflection and prayer before returning to his worldly mission. Thanks to a small rowboat, he made his way to a tiny island inside Venice’s Lagoon, located between the islands of Burano and Sant’Eramo, now known as “St. Francis of the Desert.”

As recounted by St. Bonaventure of Bagnoregio in St. Francis’s biography, the saint was met by a multitude of singing birds and a strong sense of quiet.

After a few weeks of reflection among the island’s cypresses and pine trees, Francis made his way back to the mainland and returned to Assisi, home to a flourishing community of friars he had founded.

Inspired by the saintly visit, the owner of the island, Jacopo Michiel, gifted the land to his newfound order. Five years later, Franciscan monks laid the first stone of a monastery that is still in use today. During the 15th century a violent outbreak of malaria led to the abandonment of the island for 20 years, during which time it earned the name of “St. Francis of The Desert.” During the Napoleonic era, friars had to leave once again to make space for a military outpost. They have since returned and still take care of the 13th-century monastery, its artworks and its cloistered gardens. Today, it makes for a worthy escape from the crowds of Venice. It can be reached by private boat/taxi from the nearby island of Burano for around 10 euros.

The Monastery of “St. Francis of the Desert” is open for visits every day apart from Monday, from 9 to 11 a.m. and from 3 to 5 p.m. To arrange short periods of spiritual retreat, you can contact: sfdeserto@libero.it