With orders for isolation and social distancing holding strong, virtual tours have become a popular way to “get out” without ever leaving one’s home. Many museums and even the Vatican have digitized their collections, offering 360-degree views of their most famous artworks and rooms. Internet users can surf further than ever before, but these are limited in scope and they don’t let the viewer explore any further than what’s in front of them.

Read more:
Take a virtual tour of 4 of the most beautiful churches in the world

Now, author and teacher Christian Clifford is raising the bar on virtual religious experiences, as he has created a virtual pilgrimage, taking users across the Californian landscape to visit the state’s 21 historic mission churches. They are located on or near what is now Highway 101, built along the old Camino Real (“Royal Road”), so named to honor the Spanish Crown, which financed the expenses of expanding the Spanish Empire up the Pacific Coast of what is now the United States. In a press release he explained:

Last summer marked the 250th anniversary of the founding of the first California mission at San Diego by Saint Junípero Serra (1713-1784), so Christian Clifford, author of books and articles about Spanish-Mexican history in California, began a quest to visit all twenty-one California missions, on foot!

Clifford explained on his website that he is part of a group called California Mission Walkers, composed of Catholic history buffs who enjoy visiting California’s many and storied mission churches. He has already visited these sites several times by car, but on foot was a much different experience. The first 18 missions he visited had him walking 585 miles, over 222 hours.

Those who take his virtual pilgrimage can follow in his footsteps thanks to a journal that he kept, which is interspersed with photographs he took along the way. Each passage covers a day or two of the journey and keeps track of how far he traveled, what he saw, what prayer intentions he was focused on that day, and a little historical background for each mission he visits.

The journal page tends to show the personal aspects of his pilgrimage, but Clifford took more professional photos of the mission grounds, too. These shots can be found on Clifford’s Flickr page, where he organized them into mission-specific folders.

Clifford also uses his Facebook page to offer a tribute to St. Junípero Serra, who founded nine missions himself. Here, Clifford has assembled one of the largest troves of St. Serra images, with artworks coming from Spain, Mexico, and the United States.

His hope is that both sites can inspire during these difficult times and assure one that Saint Junípero Serra is always on call and that the California missions will be there when we return to normalcy.

Take a look at our slide show to see some of the wonderful pictures that Clifford took during his month-long walking pilgrimage. If you’d like to take the full virtual pilgrimage, visit his website here, or check out his collections of images on Flickr and Facebook. 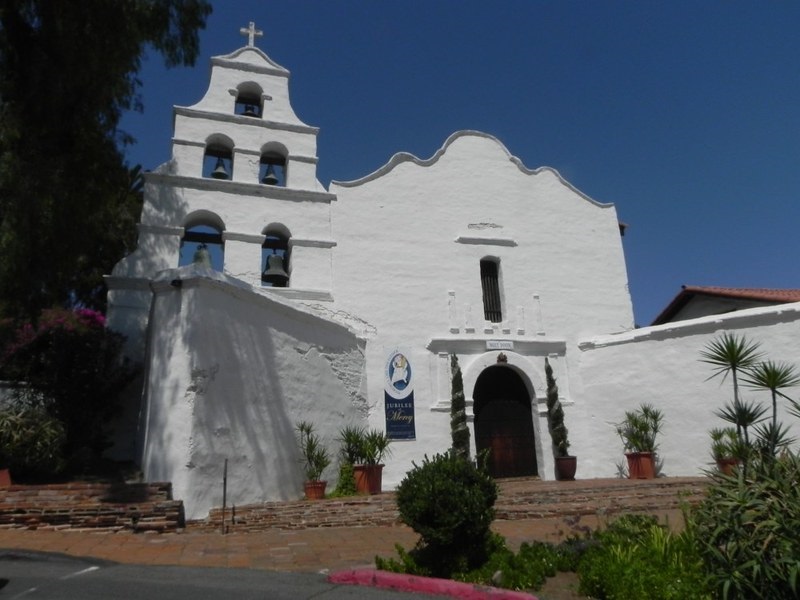