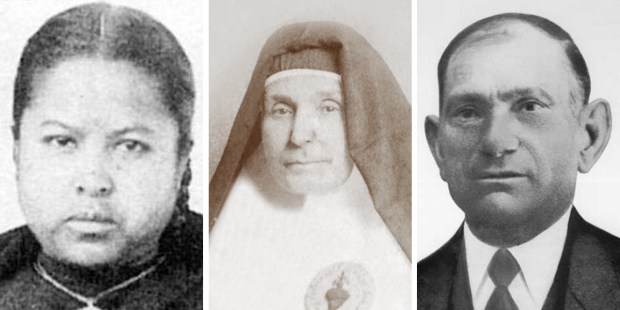 Many holy men and women have known the cross of an unfulfilled longing for children.

For those who long for children and find themselves disappointed month after month, being a Catholic doesn’t always make it feel easier. When you’re surrounded by families with tons of children, your lack can seem more painful than ever. But not every good Catholic couple has children; in fact, there are quite a few saints who struggled with infertility. If you are dealing with infertility and all the suffering and hope and loss and broken hearts that go along with it, here are some saint friends to walk with, saints who never raised any biological children and became holy in and through that pain.

St. Catherine of Genoa (1447-1510) was married for 16 years; she and her husband had no children together, though he had one with his mistress. For the first 10 years of their marriage, Catherine was worldly and unconcerned with spiritual things; a mystical experience changed all that and Catherine began a life of prayer and service. Her husband was converted through her witness, as were many others. She was a spiritual mother to Ettore Vernazza, a layman who founded the Oratory of Divine Love.

St. Agatha Yi Sosa (1784-1839) was widowed after only three years of marriage. She never remarried and suffered from a longing for children. She was consoled in her childlessness, though, by her relationship with her brother, St. Peter Yi Ho-yong, who was 19 years her junior. She ended up being a second mother to him and the two were arrested together and martyred.

St. Martha Wang Luo Mande (1812-1861) and her husband had no biological children but adopted two sons. She was quiet, a good cook and laundress, a cleaning lady and then seminary cook. When some seminarians she had visited in prison were being taken to their death, one of the guards tried to scare her by threatening to kill her, too. “Ah, well, that’s fine,” she said, as simply as always. “If they can die, so can I.” So she did.

St. Mark Chong Ui-Bae (1794-1866) lost his first wife early in their marriage and lived as a widower for many years before being converted by the witness of the joy with which the martyrs died. After that he remarried, though he and his second wife weren’t able to have children either. They adopted his wife’s nephew, whom they raised in intentional poverty. Mark became so holy that his bishop referred to him as a living saint. When a persecution broke out, he helped others escape but was martyred himself.

Ven. Pierre Toussaint (1766-1853) was born into slavery in Haiti and eventually taken to New York City, where he became a hairdresser to New York’s elite. After he was freed, he purchased the freedom of Juliette Noel, a young woman whom he then married. Though the two were married for 40 years, they were unable to have children. They adopted Pierre’s infant niece, in whom he delighted, fostered several children, and became philanthropists with Pierre’s earnings and investments.

Bl. Victoire Rasoamanarivo (1848-1894) was a Malagasy noblewoman, a leader of the Church in Madagascar, who was married for 23 years but had no children. Though her husband was a cruel drunk and their marriage childless, Victoire refused to leave him. Instead, she prayed for his conversion, which she witnessed on his deathbed when he asked her to baptize him.

Bl. Catalina de María Rodríguez (1823-1896) was stepmother to two children but her only biological child in 13 years of marriage was stillborn, a daughter named Catalina. After the death of her husband, she founded the first active women’s religious order in Argentina. When she made her vows, she took the name Catalina after her little stillborn daughter.

Servant of God Elisabeth Leseur (1866-1914) was married to an atheist who scoffed at her faith, though he loved her very much. The two were married for 25 years and were never able to have children. When Elisabeth died, her husband read her diary and was converted by the depth of faith and love he found there; he went on to become a Dominican priest.

Bl. Ceferino Jimenez Malla (1861-1936) was a Spanish Roma horse trader. Though married for 40 years, he and his wife were unable to conceive. When Ceferino was nearly 50, they adopted Pepita, his wife’s niece. He was martyred in the Spanish Civil War for refusing to stop praying the Rosary.

Bl. Teresa Grillo Michel (1855-1944) was married to a military officer for 14 years but the two had no children. When he died quite suddenly, she fell into a deep depression but eventually found healing and began a new religious order, the Little Sisters of Divine Providence.

For those who have conceived children and lost them to miscarriage, St. Gianna Molla (1928-1968) and Servant of God Daphrose Rugamba (1944-1994) are excellent intercessors. Though Gianna had four living children at the time of her death, she had two miscarriages after her third child was born. Daphrose lost her first child to miscarriage but went on to give birth to 10 children.