A letter for parents of a “difficult” teen 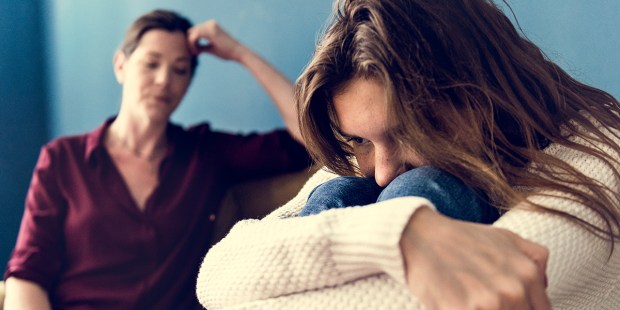 You are not alone.

When a parent comes to the conclusion that their child is “difficult,” it can be a little bit soul destroying. I’m not talking about a tantruming toddler or a young tween trying to make their mark in the family. I’m talking about adolescents who you really pray will turn a corner, or see the error of their ways. The problem is that often, they won’t. Not for a long time. And in the interim you’re left questioning what you did wrong, even if you think you raised your child in the same way as their other “easier” siblings.

It’s something I’ve wrestled with for a number of years with my very own tricky teen, who has caused me so much inner-turmoil that there were times I wanted to  resign as her mom. And there’s nothing that can make a loving parent feel more worthless than the urge to give up.

However, instead of beating myself up about what didn’t quite go according to plan — because most parents have an expectation of how they want their children to turn out! — I have challenged myself to think about what’s going right. Among the angst and the anger, there will be some beautiful things about your child that you don’t just need to cling to, but build upon.

If you have a child who is particularly difficult and/or uncommunicative, you can be left pulling your hair out. You’ll hear things like: “You don’t understand!” and “You don’t listen to me,” often followed by a cutting: “I hate you!” The issue is no matter how hard you try, it is impossible to really enter into the head of a teen who may be feeling social pressures we never experienced, or guilt that they’re not living up to your expectations (they know), or who’s in the midst of a crisis that’s eating them up inside.

What seems trivial to us as parents is magnified into a state of DEFCON 1 by an inexperienced teen. While we know the world will not end, sometimes our teens can’t see what lies ahead and are stuck in the immediacy of a situation they can’t control. This is when parents have to be there, on the sidelines, waiting for signs that our reluctant-to-ask kids need our help. What can we do?

First, thoughtful gestures — like buying their favorite take-out — let our children know that we’re a constant in their lives, that we love them, especially when they’re at their most vulnerable, and that they can talk to us and we’ll listen.

Also, consider thinking of your child as “challenging” rather than “difficult.” This more positive approach will help you perceive the situation as something that does have a solution … eventually. Also, have a few trusted friends and family members in whom you can confide. They might be experiencing a similar situation that they feel embarrassed to share with others.

It’s all easier said than done. I’m not a scientist, a psychologist, or even a parent entirely out of the woods yet. But I’ve seen the pain of my daughter and witnessed hundreds of my teenage students in meltdowns and I know what wonderful things they have to offer. We might not always like our testing teens, but we will love them and hopefully guide them on the path God has set out for them — even if they’re at a stage in life where they question what they believe and where they’re going. As parents, we do our best and we continue to do so because in the end that is all that God asks of us — He has the rest.

Read more:
11 Tips for dealing with a grumpy teen

Read more:
Quarantined with teens: How to handle conflict