Candy Land — A game invented by a polio patient under quarantine 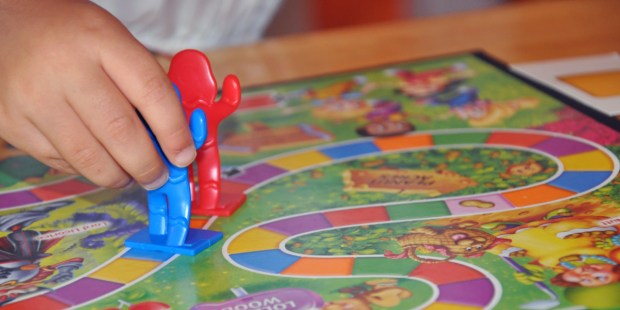 What great ideas will coronavirus bring?

Between 1948 and 1952, the United States faced a major polio epidemic that took the lives of several thousand people each year and left many others permanently disabled. While polio, also known as infantile paralysis, is far more devastating to a wider age-range of the population than coronavirus, similar public safety measures were taken to what we see today. Folks practiced social distancing and stayed home. Schools, parks and public swimming pools were closed for weeks and months at a time. Children (and adults) who caught the disease, as well as those who did not, suffered from extreme loneliness and boredom — at least that’s what the inventor of Candy Land, Eleanor Abbott, a retired school teacher in San Diego, gave as her reason for creating the classic board game.

“During polio outbreaks, children left alone in hospitals without their parents would often be overcome with homesickness and feelings of abandonment. Candy Land offered them an escape into a fantasy world,” writes Zoe Mitchell in a PBS American Experience article.

Abbott’s concept was truly ground-breaking. Back then, as is the case today, the only skill required to play the game is the ability to identify colors. If a child can pick up a card and follow the the color cue, he or she can navigate through the Molasses Swamp and into the Peppermint Forest. The child (often young as 3) can play with friends or all alone, by climbing across the Gumdrop Mountain and racing to reach the Candy Castle.

The kids in the ward where Abbott, too, was a polio patient loved the game so much they encouraged her to sell it to Milton Bradley. She did, and Candy Land quickly became the most popular game of the era,  although Milton Bradley, a school supplies company at the time, preferred to keep the game’s origin in a polio ward quiet.

Many attribute Candy Land’s success to the simplicity of the game and its appeal to a nation’s sweet tooth, but also to the fact that with the post-war “baby boom” taking place at the same time as its creation, economically stable parents were happy to spend money on their growing families. Eleanor Abbott, however, did not prosper personally (at least in the financial sense) from her great idea. Rather, she donated all her proceeds to improve the lives of those who suffer from polio, a horrible disease that has largely been eradicated by Dr. Jonas Salk’s vaccine (introduced in 1955 as a response to the same epidemic).

Today, Candy Land (now owned by Hasbro) is still considered an all-time favorite, selling over 1 million copies per year. It was inducted into the National Toy Hall of Fame in 2005, was the basis of a movie, and is available in a variety of different versions, such as this online game.

Regardless of the many ways there are to enjoy the game today, my favorite version is the one my kids and I coined ourselves while in coronavirus quarantine — one where you cover the board with real candy. It’s super fun, and honestly I don’t think we would have come up with it if we weren’t cooped up in the house together for most of the spring. So what great ideas are going to come out of your time in quarantine? Feel free to borrow ours by covering your Candy Land board with chocolate chips and gum drops and building your own candy cane castle (picking cards, moving pieces and nibbling your way through the game). It’s a memory that will score you some serious “cool points” — and one that’s sure to be sweet!