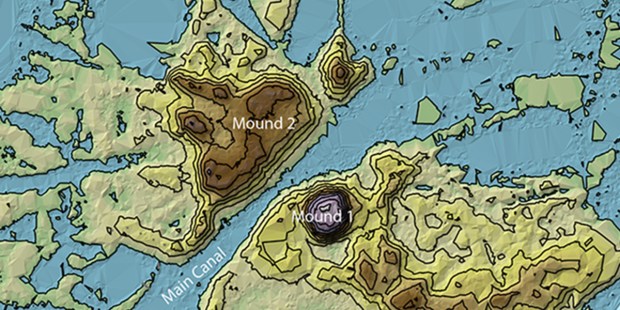 The discovery vindicated historical records of a ruined Spanish fort on the island of Mound Key.

An archaeological team has announced the discovery of Fort San Antón de Carlos, a 16th-century Spanish colonial settlement containing the site of one of the earliest Jesuit missions in North America. The report, which was published on the academic reference site Springer Link, noted that their success came as the result of a 7-year archaeological effort to confirm records of Spanish activity on Mound Key.

Live Science explains that the team found the elusive historical site thanks to a technology called Lidar, which stands for Light Detection and Ranging, a remote sensing method that can create detailed pictures through the use of pulsated lasers. The Lidar system was used in tandem with subterranean radar, which allowed the team to find the exact location.

In an interview with Florida Museum, William Marquardt, curator emeritus of South Florida archaeology and ethnography at the Florida Museum of Natural History, explained that for over 450 years the only evidence of this early Spanish installation was provided by first-hand documentation. He said:

“Archaeologists and historians had visited the site and collected pottery from the surface, but until we found physical evidence of the Calusa king’s house and the fort, we could not be absolutely certain.”

Along with the presence of one of the oldest Jesuit missions, the ruined Fort San Antón de Carlos is further significant because it contains the earliest example of “tabby” architecture in North America. According to Wikipedia, “tabby” is a term referring to a type of concrete made by burning oyster shells to create lime, then mixing it with water, sand, ash and broken oyster shells. This method was used to strengthen and stabilize the Spanish-made structures.

Marquardt went on to explain to Florida Museum that, while they have found many walls of the Spanish compound, there is still much work to do before the entire fort is excavated. The team intends to continue their work, until the mission, named for St. Anthony, the patron saint of lost things, is fully explorable.