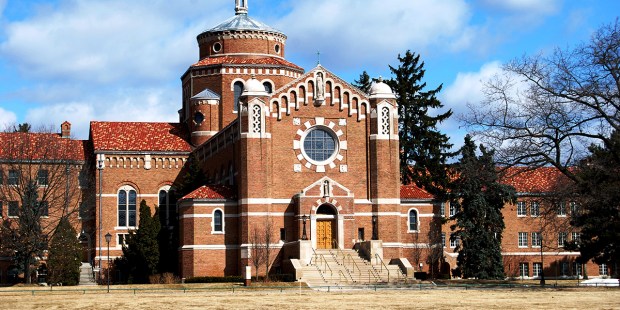 In the midst of the coronavirus pandemic, a convent in Livonia, Michigan, has suffered a particularly difficult loss. Twenty-three cases of COVID-19 have been confirmed at the convent of the Felician Sisters there, with 11 deaths. Seven of the deaths were confirmed to be due to the disease. There were four other deaths, and one of these sisters tested negative for COVID.

Fifty-six sisters were living at the convent at the beginning of April.

In addition, there were two other deaths in other Felician convents in North American, one of which was due to COVID-19.

The deceased include Sister Mary Luiza Wawryzniak, 99, who was a Felician sister for 80 years; Sister Celine Marie Lesinski, 92, a Felician for 71 years, and 69-year-old Sister Victoria Marie Indyk, a nurse who led frequent mission trips of nursing students to Haiti.

On April 20, Sister Mary Christopher Moore, Provincial Minister of the Felician Sisters of North America, said that “more than 35 members of the community — Sisters or employees — have tested positive for COVID-19 in three of our large convents.”

The religious community’s history goes back 80 years, when a group of sisters established a convent just outside Detroit. They went on to found Madonna University, a high school and several grammar schools, as well as a Montessori school and a daycare center.

The Felician Sisters were founded by Blessed Mary Angela Truszkowska, who was born in Kalisz, Poland, in 1825. As a young woman, she began to serve the abandoned children and homeless on the streets of Warsaw and in time, opened a school and shelter to give comfort and aid to this vulnerable population. In 1855, she forged a new religious community steeped in the values and ideals of St. Francis of Assisi. The community came to be called the Congregation of the Sisters of Saint Felix of Cantalice, often called the “Sisters of Saint Felix” or “Felician Sisters.”

She died in 1899. Today, the Felicians serve in Poland, North America, Brazil, and Kenya.

“As we completed the month of April, we looked back on a series of dyings and risings, making the Paschal mystery so evident in our lives: Celebrating the Passion, death and Resurrection of our Lord so differently this year; the dying of winter and coming of spring with its beauty; the deaths of 13 Sisters during the month; and hopeful signs of recovery among our Sisters who have been sickened with the virus,” said Sister Mary Christopher Moore in a statement. “For us as Sisters, our greatest loss on a daily basis is the communal life that is at the heart of the Felician charism. We naturally gather five times a day — in the morning for prayer and Mass, in the evening for prayer and rosary, and three times for meals. For weeks in each convent, we have observed room quarantine and social distancing, with no shared meals. We mourn the loss of that daily sharing, but we look at the need for public health, and know that Blessed Mary Angela would tell us, ‘Serve where you are needed.’ So the common good of public health is our ministry right now, for the good of each other, our employees, our communities, the nation and the world.”