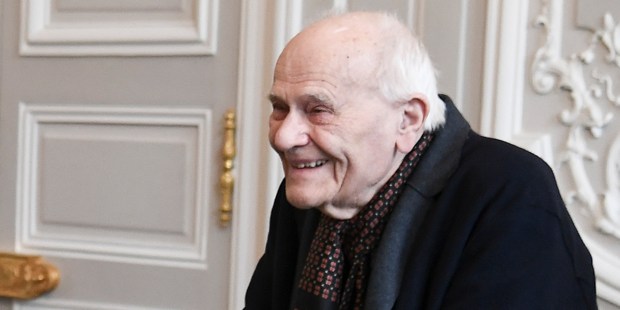 … while also taking the time to care for elderly missionaries in his local nursing home.

In France, May 1 is the French Labor Day, and this year the president, Emmanuel Macron, wanted to acknowledge the work of one individual in particular, 99-year-old Dr. Christian Chenay.

Dr. Chenay started out his career in 1951 as a psychiatrist and then a radiologist. However, at the tender age of 94, in response to the lack of general practitioners in his suburb outside of Paris, he decided to pick up his stethoscope once more to become one of three general doctors available to the town’s 19,000 inhabitants.

With the COVID-19 pandemic now, the nonagenarian doctor is a highly vulnerable senior who would ordinarily be self-isolating at home, but he wasn’t going to let a deadly virus stop him from carrying out his work. While initially treating patients at his practice, Dr. Chenay had to stop when a couple of his patients forced him to hand over all his masks and gel. He then had to go into isolation for two weeks when he showed symptoms of the virus.

But he didn’t give up. He decided that he would embrace new technology to give virtual consultations to his many long-standing patients. On top of treating his regular people, he also goes once a week to visit a local nursing care home for elderly missionaries. With about 60 elderly priests, Dr. Chenay is intent on maintaining these visits that he started back in 1951. As he explained in the New York Post, these religious seniors are in need of care after their missions in Africa, the Americas, and India.

“The example you give is truly inspiring, you don’t know the optimism that this creates,” French President Macron told Dr. Chenay during their meeting, as reported by BFMTV.