“A disaster within a disaster”—In Burkina Faso, terrorism and COVID-19 pose a double threat 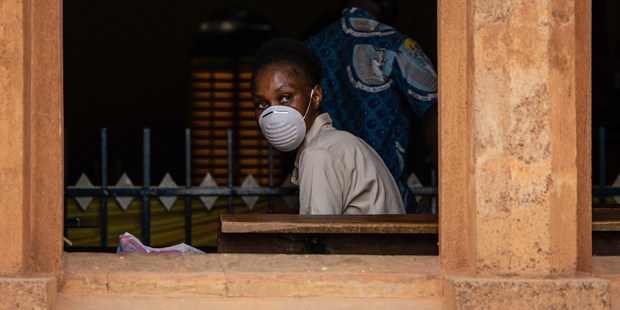 For those directly affected by consistent terrorist attacks in northern and eastern Burkina Faso, the coronavirus is “a disaster within a disaster,” sources told Aid to the Church in Need (ACN).

Representatives of three Catholic dioceses of Dori, Kaya and Fada N’Gourma—all of which have been gravely impacted by Islamist terrorism—were in agreement that “the gravity of the situation is unchanged, and indeed in some places even worse” than before the pandemic, with almost a million people left homeless and a total absence of any effective response from either national or international authorities.

In the department of Bourzanga (central northern region) and Djibo (Sahel region), attacks are continuing on a daily basis. Entire regions have been cut off—not because of the lockdown resulting from the pandemic, but because of the total lack of insecurity. The few still inhabited towns and villages are now sheltering thousands of internally displaced people.

This is particularly true of the town of Djibo, which has been cut off by terrorist attacks since mid-January this year (2020). According to ACN’s sources, “there is no transport, no food supplies, no possibility of entering or leaving the town. There is a shortage of water, vehicle fuel and food, frequent electricity cuts and so forth.”

One displaced priest, forced from his parish in the Diocese of Kaya in the central-northern region, told ACN of a similar situation. “The villages are almost completely deserted. Their entire rhythm of life has been disrupted, although there are still some signs of hope.”

“In my parish, where many people have sought refuge, there are problems in obtaining basic necessities. The crucial problem is always water. It is very difficult to obtain this precious liquid, and this means that the women are forced to return to the neighboring abandoned villages, with all the risks that implies, since they are under constant threat from the terrorists, in order to try and obtain water and transport it back on their tricycles.”

In the Kaya region, there are important villages, such as Namisgma and Dablo, which are cut off from the towns which used to supply them. And after repeated attacks, the terrorists have now established themselves in the large village of Pensa, leaving this small town effectively cut off from the rest of the territory.

Local and national authorities are fully aware of the crisis suffered by the people. But most of the time their efforts are quickly brought to nothing by a lack of adequate resources. Many people are disappointed that the sheer scale of the tragedy is not understood outside the country itself.

“Out of the 75 villages in my parish, there are no more than 10 that are still inhabited. Everyone else has fled. And given that certain key villages have been abandoned, a large part of the territory is now in the hands of the terrorists, outside the control of the state,” explains another priest from the Diocese of Kaya, who was forced to flee because of the threats made against him in his parish.

There are foreign troops present, principally French, but many people in Burkina are skeptical and complain that they have seen no improvement. They also stress the fact that if their own national army had the same level of equipment and weaponry as the foreign troops, it would be able to respond more effectively.

Generally speaking, most people feel helpless in the face of this evil, and “all the more so at this time when all the emphasis is on the coronavirus pandemic, forgetting that terrorism is causing as many and indeed more victims than COVID-19,” the priest explains.

For almost five years now, Burkina Faso has been suffering this unprecedented wave of terrorism. According to the information obtained by ACN, the number of internally displaced people has reached almost one million. Since last year more than 1,000 people have been killed—including Christians, members of traditional African religions, Muslims and soldiers.

Thirteen priests and 193 community leaders, or pastoral coordinators, have been forced to leave their parishes and take refuge in other parishes that are still safe for the time being. At least eight parishes had to be closed and seven religious communities belonging to different congregations have had to flee to safer places.

This article was first published at Aid to the Church in Need’s website and is republished here with kind permission.