Biblical archaeology another victim of the COVID-19 pandemic 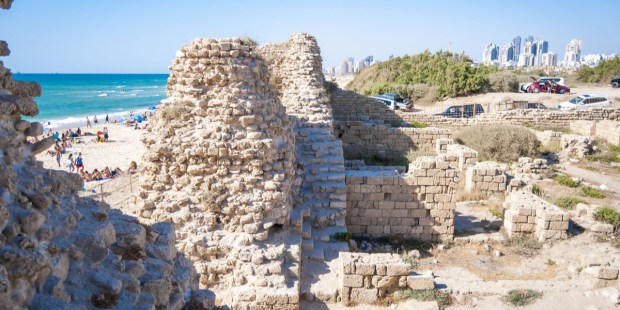 It might not be considered  an “essential service,” but  some people are anxious to see archaeology get underway again in the Holy Land.

Archaeologists, whose work has contributed to solving mysteries of the past, are grappling, like the rest of us, with what the future holds. Until that becomes clearer, academic programs and volunteer summer digs are largely on hold.

In the meantime, many people are biting their fingernails, worried about what could be lost before those programs are able to resume. Shelley Neese, president of the The Jerusalem Connection, writes in the Jerusalem Post that while the COVID-19 pandemic has led to less surveillance of archaeological sites, looters are ransacking them.

“Israel enforced social distancing early and severely, as such organized networks of Palestinian looters and traders were keen to take advantage of the lack of oversight,” Neese said. “A Jewish watchdog organization called the Guardians of the Eternal reported last week that at least 100 archeological sites in Judea and Samaria were ransacked in the last two months. The Hirbet Astunah archeological site in the Shiloh Valley, Tel Parsin in northern Samaria and the Mt. Kabir Nature Reserve are just three of the looted multi-period sites. What exactly was stolen from these sites may never be known, but the damage the vandals have done is permanent.”

As everyone knows, the pandemic has necessitated widespread shutdowns, and the world of archaeology and academic research has definitely felt the economic impact. In early April, Southwestern Baptist Theological Seminary shuttered its archaeology program permanently, laying off five professors. Twenty-five graduate students were suddenly without a program. Southwestern Baptist was the largest archaeology program at a Protestant institution in the United States.

Then there are the volunteer-based summer archaeological digs. Almost every one scheduled to take place in the summer of 2020 has been canceled, as Prime Minister Benjamin Netanyahu canceled flights to Israel.

“Many field archaeologists, unable to make proper plans or give the green light for the thousands of summer volunteers, had to call it quits,” Neese explained. “Granted, archaeologists who work in Israel are accustomed to sudden stops due to the difficult political situation, but they expect war and rockets, not a microscopic enemy.”

Aren Maeir, an archaeologist at Bar-Ilan University, took it in stride. When asked about the long-term impact of a lost year of archaeological excavation, he said, “things that waited for 3,000 years can wait another year.”

Maeir’s been excavating at Gath, the possible hometown of Goliath.

Finally, it  goes without saying that the tourist industry is going to  be hurting all over, and in Israel, much of that industry is intimately tied to archaeology. Visitors “usually descend in droves on the archaeological parks throughout the country, like Masada, Qumran and Tzipori,” Neese said. “As of last week, 20 national parks reopened but limited pre-registration was required, as were masks and temperature checks. Oren Gutfeld, founder of Israel Archaeological Services, spends most of his spring and summer providing logistical and administrative help to excavation projects happening over Israel. It was a thriving business until the pandemic hit.” This year, he’s had to furlough his workers.

Neese ends her essay on a hopeful note, though, a contrast to the disappointing news about looters:

There is at least one way that COVID-19 has benefited archaeology. At the start of the outbreak, one anonymous Israeli man returned an ancient ballista stone he had stolen 15 years earlier from a display at the City of David. The stone was likely catapulted by the Roman army during the siege of Jerusalem in 70 CE. According to journalist Moshe Manies, the man was a brazen youth but as an adult had become an Orthodox Jewish believer. The stone weighed heavy on his conscience. For the moment, the returned relic will have to serve as a symbol of hope that the human heart is still the most valuable thing of all. COVID-19 may cause ruin, but it can also trigger enlightenment.