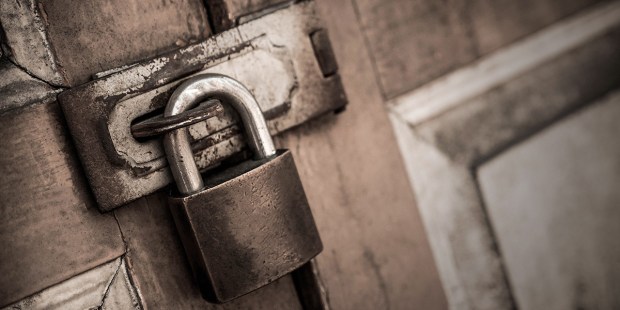 Reading about the intense loneliness Fr. Walter Ciszek suffered in a Russian prison can help us get through the toughest of days in lockdown.

Studying history is worthwhile for so many reasons—to understand the range of human experience and to learn lessons we can apply to the future. But perhaps my favorite reason for studying history is that it makes me deeply grateful for the comforts and privileges of the present.

As we enter yet another week of quarantine (I’ve lost count), I find myself reflecting on the life of Fr. Walter Ciszek. If you don’t know his incredible story, Ciszek was a Polish-American Jesuit priest who conducted clandestine missionary work in the Soviet Union between 1939 and 1963. Fifteen of these years were spent in confinement and hard labor in the Gulag, plus five years preceding that in Moscow’s infamous Lubyanka prison, where he suffered extreme and psychologically devastating isolation in solitary confinement.

Father Ciszek describes his isolation with an appeal to the “cabin fever” that many of us might have experienced by now. He writes, “Anyone who has ever been ‘cooped up’ in a hotel room for any length of time, or confined to a sickroom or hospital room or dormitory room, knows the feelings that such continued isolation in close quarters can produce.”

Left with nothing in the barren cell to occupy his restless mind, Ciszek was forced to turn deeply inward. He was thrown back on his own mind and soul, which at times became a torment:

When you are shut off from all outside sources, when you are left alone in solitary confinement with this surging sea of thoughts and memories and questionings and fears that is the human mind, you either learn to control and channel it or you can go mad … Again and again, in the eternal hours of Lubianka [sic], I had nothing to do but go over my past life and future fears with ample time for reflection and questioning.

But his consolation through it all was his abiding faith. He writes, “Above all, I prayed.” He established a regular routine to build each day on prayer:

Very early in my stay at Lubianka, as the endless tedium of solitary confinement began to get to me, I decided to arrange some order and division into the day. I made up for myself what we used to call in the Jesuit houses at home a “daily order.”

This part of his story had a big impact on me. Often I feel tempted to let everything slide during this “Groundhog Day” existence we’re living, but some degree of structure greatly helps my mental health.

Certainly it is important to take regular “days off” to recuperate, and scale back unnecessary tasks as much as possible to conserve energy. But treating every day like a free-for-all can end up being the opposite of restful and renewing. Keeping to a “daily order” is key to happiness during this time.

Ciszek’s routine, while simple, inspires me with its focus on prayer. His daily routine consisted of the following:

Of course, there is no comparison whatsoever to sheltering in place in comfort and ease within our own homes and Father Ciszek’s grueling years in prison. But the hard-fought wisdom he gained during his extreme isolation has been helpful for me to ponder, inspiring me with his example and putting my minor complaints into perspective.

His reference to saying Mass by heart, in particular, calls to mind the separation so many of us have experienced from the sacraments. Like Father Ciszek, we can find joy in spiritually uniting ourselves to the Holy Sacrifice from afar.

His system of structuring the day around prayer encourages me to imitate it, although to a far lesser extent. But even a few minutes reading the Divine Office in the morning or meditating at night bring lasting peace.

As I write these words in a soft chair, with WiFi, in a home containing plenty of food and entertainments, I feel deeply grateful in a way I probably would not if I did not have Father Ciszek’s example. In saying this, I do not mean to assert that anyone should not feel distressed about the quarantine and the difficulties of the present situation. It’s only natural to feel sad about the many things we are doing without, and I mourn for those things, especially the Mass.

Rather, I have found inspiration and hope in focusing on what I do have rather than what I am going without. Fr. Ciszek’s unimaginable suffering and heroism shines before me as a witness when I am tempted to wallow in self-pity, pointing me back to the words of the Eucharistic prayer that I am called “always and everywhere to give [God] thanks.” So I hope to do, even in quarantine.

Read more:
7 Easy ways to add prayer to your quarantine life with kids

Read more:
How your patron saint can help you survive lockdown