Why are Saturdays dedicated to the Virgin Mary? 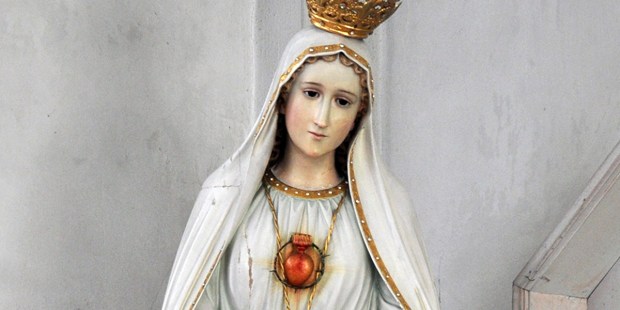 The Church has honored the Mother of God on Saturdays for centuries, dating back to the early Middle Ages.

In the Catholic Church Saturdays are special days in the liturgy devoted to the Blessed Virgin Mary. On most Saturdays of the year, priests can offer a votive Mass in honor of the Virgin Mary and in the Liturgy of the Hours there is a specific set of prayers and readings that can be prayed in her honor as well.

Why is Saturday dedicated to the Virgin Mary?

The tradition of setting aside Saturdays to honor the Mother of God is an ancient one, going back hundreds of years. According to the Catholic Encyclopedia, a “special Mass already assigned to the Blessed Virgin on Saturdays in the Leofric Missal,” which dates to the 10th century.

The Dictionary of Mary confirms that, “This liturgical attribution of Saturday to Mary was largely the work of Alcuin (735-804) … [who] composed six formularies for Votive (that is, devotional) Masses – one for each day of the week. And he assigned two formularies to Saturday in honor of Our Lady.”

Nevertheless, while this asserts the historicity of the devotion, it doesn’t tell us why Saturday was chosen.

According to St. Thomas Aquinas (as quoted by Fr. John Hardon), the choice was connected to Jesus’ resurrection on Sunday and the unshaken faith of Mary on the previous day.

Since the Resurrection took place on a Sunday, we keep holy this day instead of the Sabbath as did the Jews of old. However, we also sanctify Saturday in honor of the glorious Virgin Mary who remained unshaken in faith all day Saturday after the death of her Divine Son.

Others have postulated that since Sunday is devoted to Jesus, it would be fitting to dedicate the day prior to his Mother.

Whatever the exact origins were, this devotion to the Virgin Mary on Saturdays was most recently confirmed by the private revelations of Our Lady of Fatima.

On December 10, 1925, the Blessed Virgin Mary appeared to Sister Lucia at a convent in Pontevedra, Spain. Sister Lucia had previously been the recipient of Marian visions in Fatima, Portugal, along with her cousins Jacinta and Francisco. In this new private revelation eight years after the visions at Fatima, Mary requested the institution of the five consecutive First Saturday devotions in reparation to her Immaculate Heart.

This revelation further cemented the connection of Saturdays to devotion to the Virgin Mary, which is always focused on drawing Christians closer to Jesus, her Son.

Saturday is a “preparation day,” and Mary is the “preparer” who helps us reap the fruit of our labor on Sunday, the day of the Resurrection.