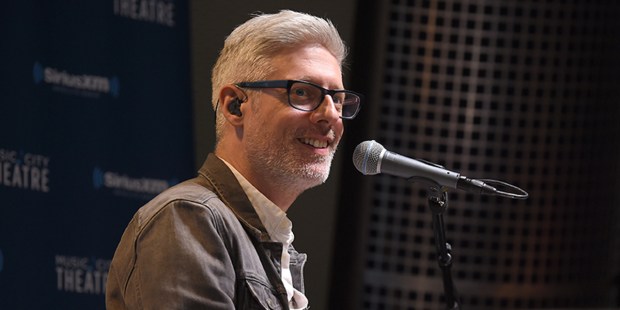 A faith-filled music fix for fans of Catholic music and prayer.

It’s been nearly three months since the first isolation orders were issued, and being cooped up hasn’t been so bad, what with the abundance of virtual tours and online prayer groups that have arisen to help pass the time. Even with a variety of online content at our fingertips, however, we are feeling the loss of our all time favorite source of entertainment: live musical performances.

There’s a reason why all the biggest names in the music industry eventually put out a live album. Live concerts give fans a chance to connect with the artist on a different level than studio recordings. Whereas recordings allow artists to use multiple takes to get just the right sound, in a live setting there is only one chance to show off your chops. The presence of a receptive audience can also completely change a performance, bringing an energy to the room that can inspire an artist to thrust their skills to new heights.

It could be a while until we see live local music again, let alone festivals and arena events. Even after the isolation orders are lifted, will people want to stand shoulder-to-shoulder, risking possible infection just for a chance to see their favorite artists?

Thankfully, we don’t have to wait for an answer to this uncertainty, as many Catholic musicians are taking their shows to Facebook live, where they’re keeping the musical tradition of live performances alive and well. We’ve assembled a list of such devoted artists, who have been putting out a consistent feed of live-from-isolation shows to fill the gap. Lets take a look!

Sarah Hart has been working hard to maintain and grow her following during the months of isolation. Sometimes putting up multiple videos per week, Hart entertains with her skills on the piano, guitar, and even ukulele, accompanying her soothing voice. Along with live music, Sarah’s feed is filled with uplifting messages, candid thoughts, and even guided prayers. Hart’s next listed show scheduled for June 5. Visit her Facebook page for more details.

One of the biggest names in contemporary Catholic music, Matt Maher needs no introduction. His superb touch on the keys and soaring tenor voice have led to a successful multi-decade career. During isolation, Maher has been keeping his gifts sharp by putting on a series of living room concerts. As an added bonus, you get to see Maher with a grizzly beard that he’s been growing over the last few months. Honestly, it looks great on him and we hope he keeps it. Check out his Facebook Live videos here.

Steve Angrisano has been making daily posts inspired by the Chaplet of Divine Mercy, supporting this devotion with solid guitar work and a smoky yet smooth voice. Each video opens with a prayer and maintains an air of faith throughout. These videos are essential viewing for anyone who misses faithful church music. See his collection of over 60 streamed videos here.

One of the most talented guitarists on the Catholic music scene, Luke Spehar has been putting out more than a few videos during the lockdown. He was especially active around Easter, but he has an upcoming Memorial Day Concert, “Never Forget.” The show is planned to be held in person at Mears Park in St. Paul, “Rain or COVID” as the flyer states, but it may wind up being changed to a purely streamed performance. Either way, it will be viewable on Spehar’s Facebook page; click here for more details.

Sarah Kroger is still putting out new music in her isolation. “Standing in Your Light,” featured above, is her brand new single, released in April. To support the new song and her house-bound fans, Kroger is also putting on live-stream shows from her home. Her videos are really fun because she interacts well with those who are watching live, which makes it feel like you’re just comfortably hanging out with a friend. Check out her catalogue here.

We actually discovered Angotti through his Facebook concerts. His music is very much like the hymns one would hear in church, with a few more intricate chord patters and a voice that reminds us of Elton John. Angotti’s livestreams are especially good because he gets a few other musicians to play with him, from a safe social distance, giving a little variety to the sound. He only has a few videos up, but they’re pretty long and jam packed with wonderful music. Take a look here.

Also sporting a slick isolation beard, P.J. Anderson has been putting out a few live videos during lockdown. Supported by his great voice and charismatic personality, they entertain for the entire duration. Our favorite is his most recent video, simply called “P.J. Anderson’s Video,” because it has the best sound quality, but even if some of the others make his guitar sound a little tinny, his voice rises through to make them worth a listen.